On 28 September, Seoul Metropolitan Government held the International Urban Resilience Forum, Seoul 2021, on the topic of post-pandemic recovery and resilience.

Urban resilience refers to the ability to prevent, recover, and even develop into an improved state than before the disaster. Thus, the ability to strengthen urban resilience is emerging as a significant policy task (or goal) due to the COVID-19 pandemic situation. This year marks the third anniversary of this forum. It was co-hosted by the Seoul Metropolitan Government and UNDRR (United Nations Office for Disaster Risk Reduction), supervised by the Seoul Institute of Technology, and sponsored by CityNet and the Ministry of Interior and Safety of the Republic of Korea.

Representatives of 17 cities from 15 countries, 6 international organizations, disaster safety experts, citizens and more participated in the program, which was held at the video conference studio in DDP (Dongdaemun Design Plaza) due to the spread of COVID-19. CityNet CEO, Geunhyeong Yim, offered congratulatory remarks to kick off the forum. 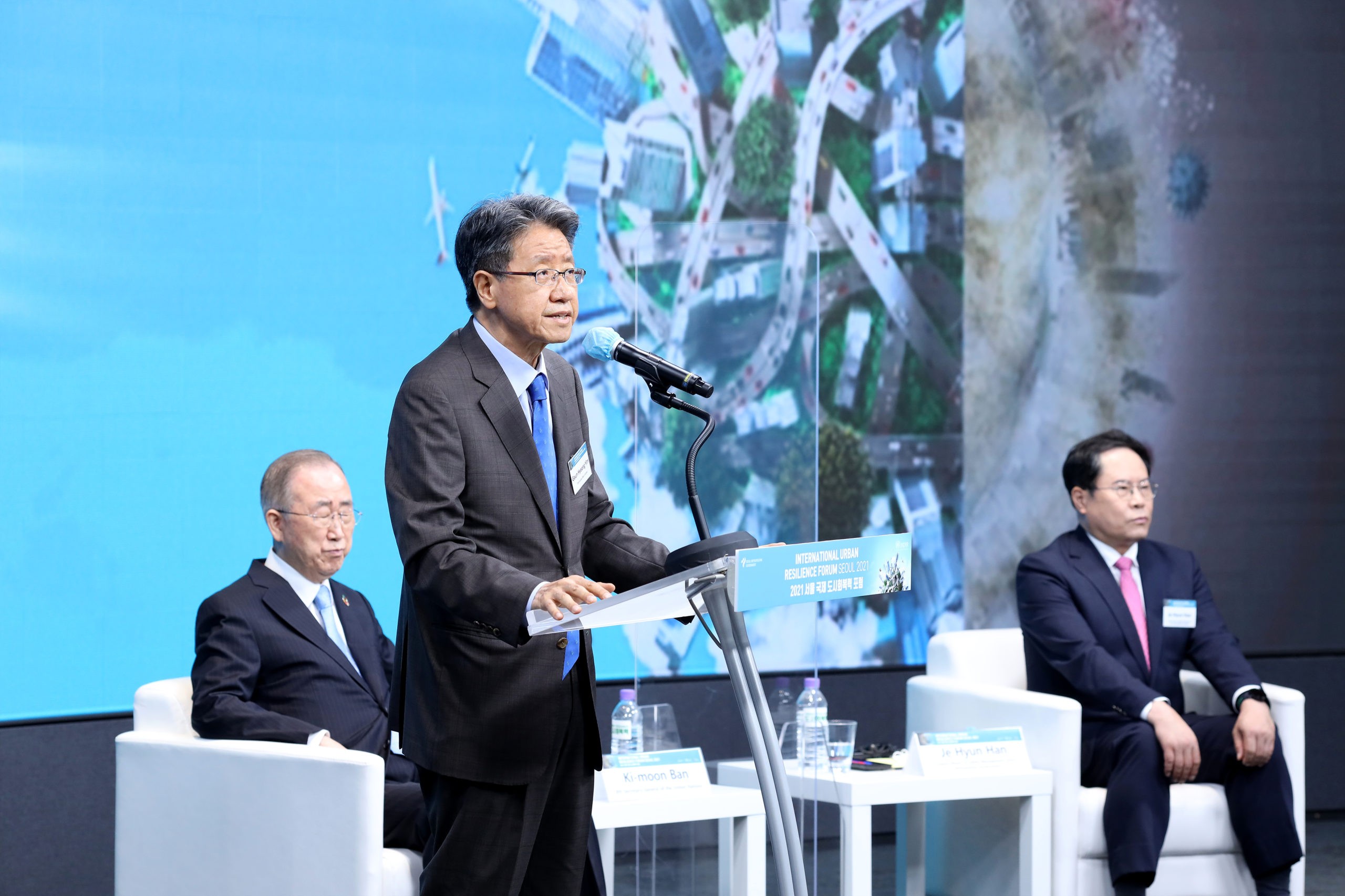 The forum was honoured by the presence of the Honorable Ki-Moon Ban, former Secretary-General of the United Nations. 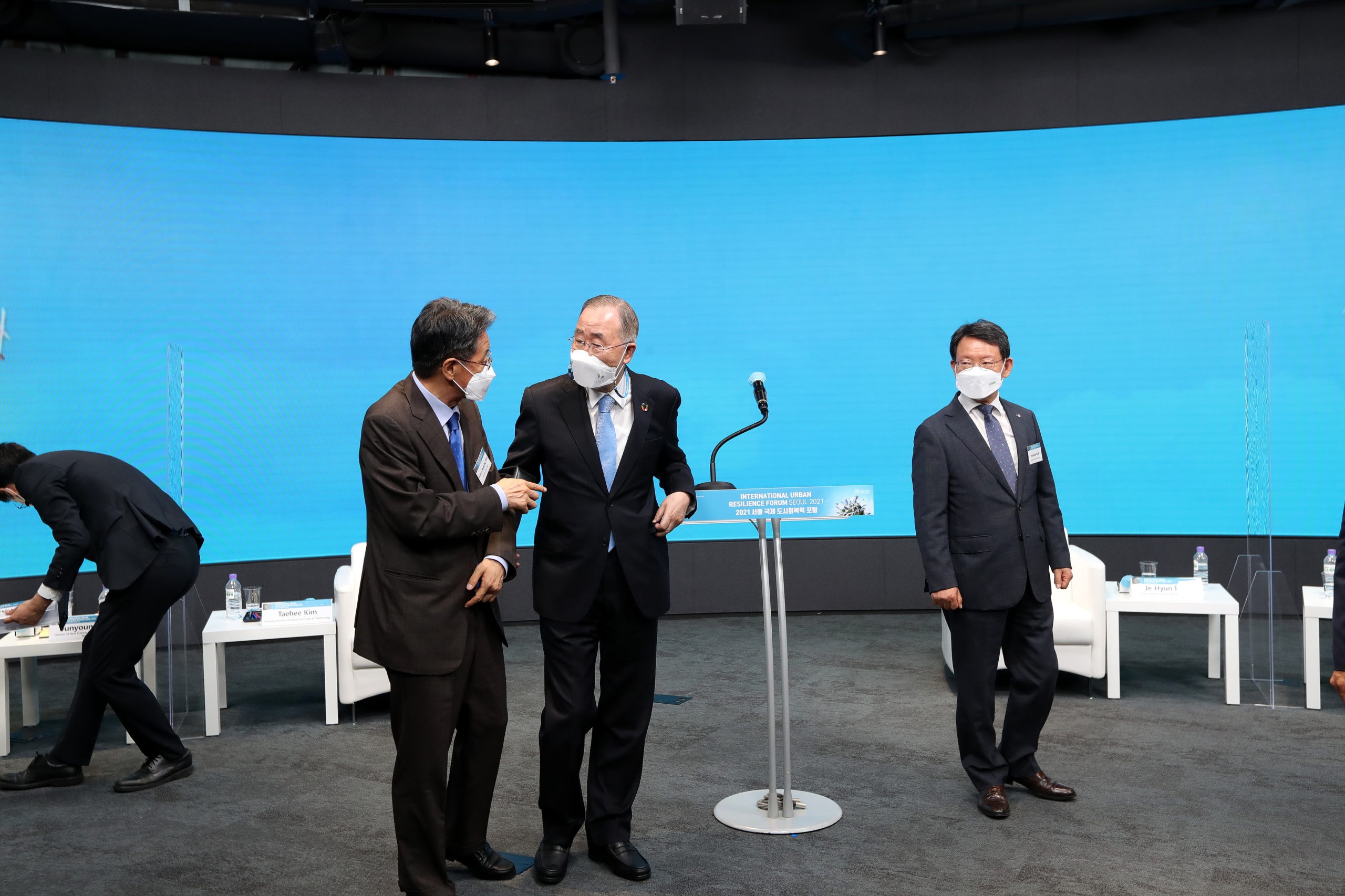 The topics of this year’s forum were:

CEO Yim also served as the moderator of Session 3. 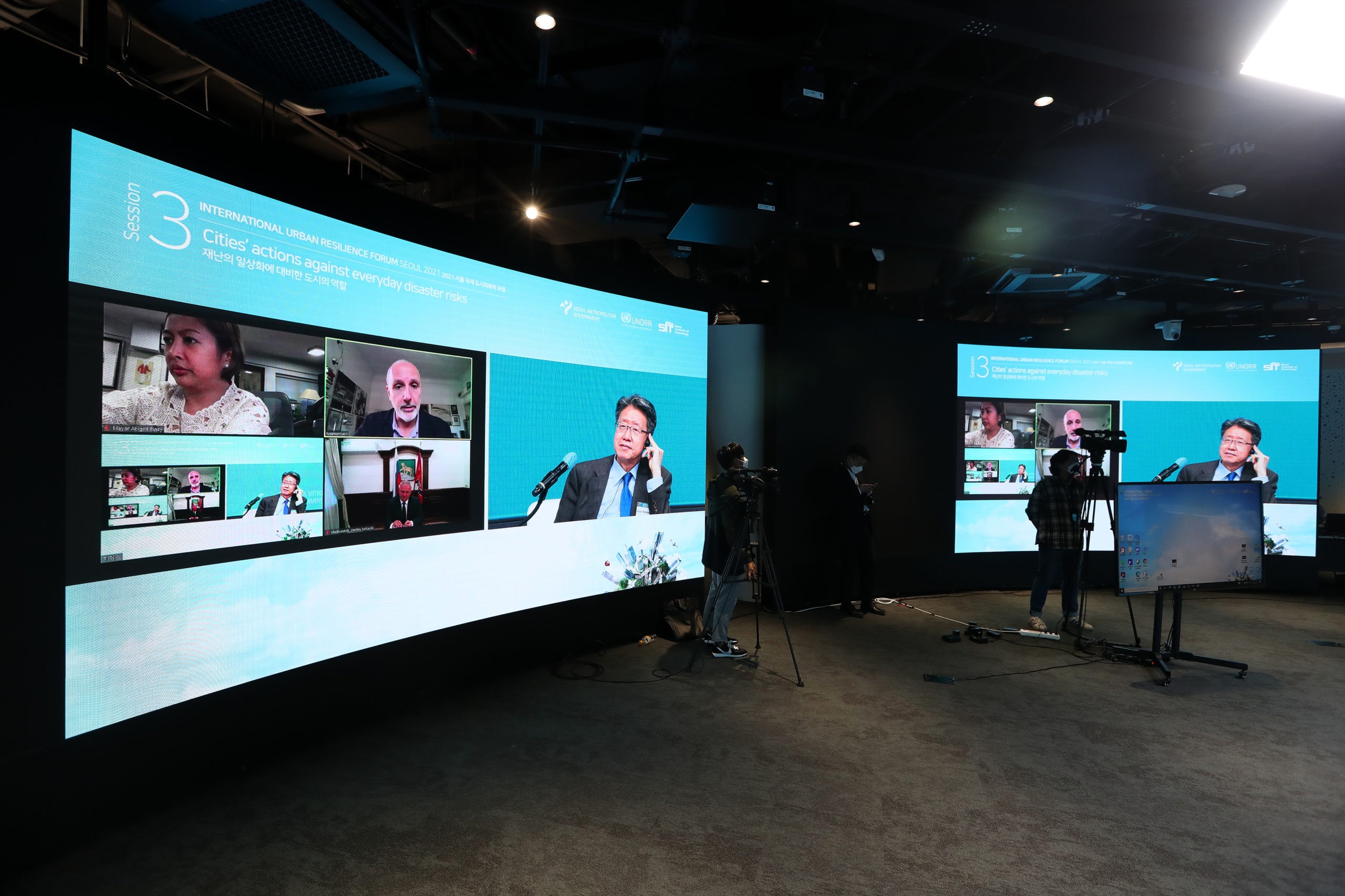 The International Urban Resilience Forum SEOUL 2021 was held online and was broadcast live on YouTube by the Seoul Metropolitan Government.

The recordings of the forum are available on Youtube.