The Yokohama Congress was organized with the sponsorship of the United Nations Economic and Social Commission for Asia and the Pacific (UNESCAP), the United Nations Centre for Human Settlements (UN-Habitat) and hosted by the City of Yokohama. The Congress stressed the need to build cooperative links between local level governments and urban stakeholders.

CITYNET was officially established in 1987 with the support of UNESCAP, UNDP, UN-HABITAT, the City of Nagoya and 26 members. From that point on CITYNET has maintained its mission to promote cooperative links and partnerships throughout the Asia Pacific in order to improve the sustainability of our cities. 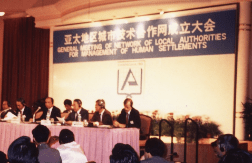 CityNet is established with the support of UNESCAP, UNDP, UN-HABITAT, and 27 members

At the Shanghai Congress , the CityNet Charter was adopted. UNESCAP undertook the functions of the Secretariat until the official CityNet Secretariat was established 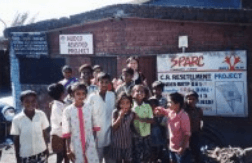 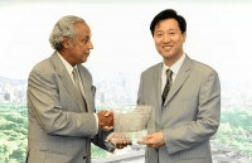