Sharing about inclusive and sustainable transportation in rural areas

In May, Taoyuan and Braga had an opportunity to discuss Sustainable Transportation in Rural Areas. For this bilateral meeting, Taoyuan shared experiences implementing new transportation options, which helped the city step forward towards sustainability.

Taoyuan approached sustainable transportation by launching the Happy Van in August 2020. The Happy Van targets the Fuxing District, which is a more rural area that has little service from public transportation and previously had been serviced by the “Free Bus.”  The city operated the Free Bus, and although these buses had regular routes, they could not traverse the off-road areas where citizens had to walk at the end to reach their final destinations. Thus, the Free Bus was not very popular among citizens. Although the cost was high, the usage was low, and thus very inefficient. 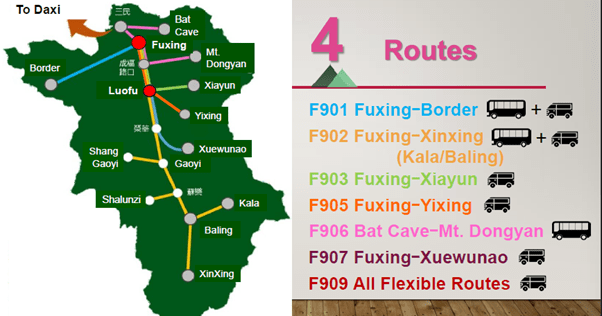 As a solution, the city launched the Happy Van, which can travel into deeper parts of the region. Beyond the expansion of the routes, the new system uses an online booking system in which riders can book their ride one to seven days in advance. The platform, LINE bot, arranges the ride automatically. On the day of the ride, the rider will get a notification for their ride. The city also held nine symposiums for ten tribes and offered training sessions on making reservations on the system, which helps older generations utilize the system.

Overall, the Happy Van system allows citizens to travel on flexible times, regardless of off-road trails. As a result, ridership increased, including young shoppers, students, and older citizens. Moreover, due to the frequency and flexibility of the Happy Van, students are able to come home every day for dinner whereas before, they were only able to go home once a week and had to board at the school. In a survey, 85% expressed that they were satisfied with the Happy Van service. 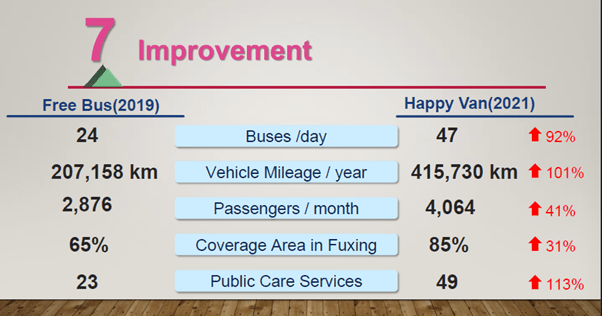 On top of the overhaul, Taoyuan also built 12 new solar-energy bus stops; the solar-panel-generated energy can operate the bus schedule on the screen. The city also applied developments on bus shelters decorated with the local cultural designs, such as Atayal Totem. Overall, with this approach, the city catches the wasted energy on the roads and creates less GHG in the air. The city emphasized that this method is one of the beginning steps to becoming a sustainable city.

Braga, on the other hand, presented a detailed outline for the study visit that is being planned between Taoyuan and Braga. Taoyuan is planning to visit Braga first, and Braga’s proposal focused on three areas: innovation, mobility, and culture. Both cities are very excited to meet each other in person, and spent some time discussing the different things that they would be interested in seeing for each other.

After several discussions on mobility, Taoyuan and Braga are planning to move into discussions of innovations and smart cities.