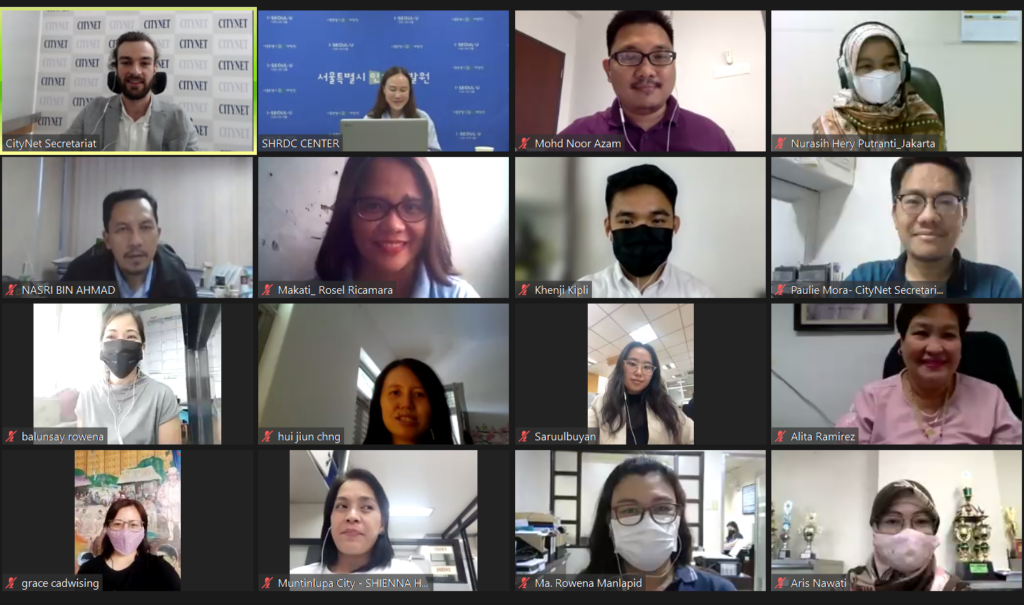 From May 20th to June 9th, 17 government officials from 11 CityNet member cities across Asia-Pacific took part in the 3 weeks online training program on Housing Policy: Learning from the Seoul Metropolitan Government. Co-organized with the Seoul Human Resource Development Center (SHRDC), the training was an opportunity for participants to learn and develop housing policy to tackle housing issues that have arisen due to unprecedented rapid urbanization, leading to influx of population and shortage of quality housing.

The self-paced workshop was divided into three main lecture. The first lecture focused on the Housing Policy Development of Seoul and explored the development history and background of Seoul Housing policy and on how to secure land for infrastructure buildings and housing at low cost. The second lecture highlighted periodic changes in major systems, institutions, and laws related to housing policy, and key statistics of Seoul. The current demand-customized housing projects that Seoul currently implements and the welfare policies related with the housing policy were also discussed. Finally, the third session was the occasion to explore a variety of practical cases of Seoul Housing policy such as the operation of public development corporation such as SH Corporation and their jointly led project Sangam New Millennium City. 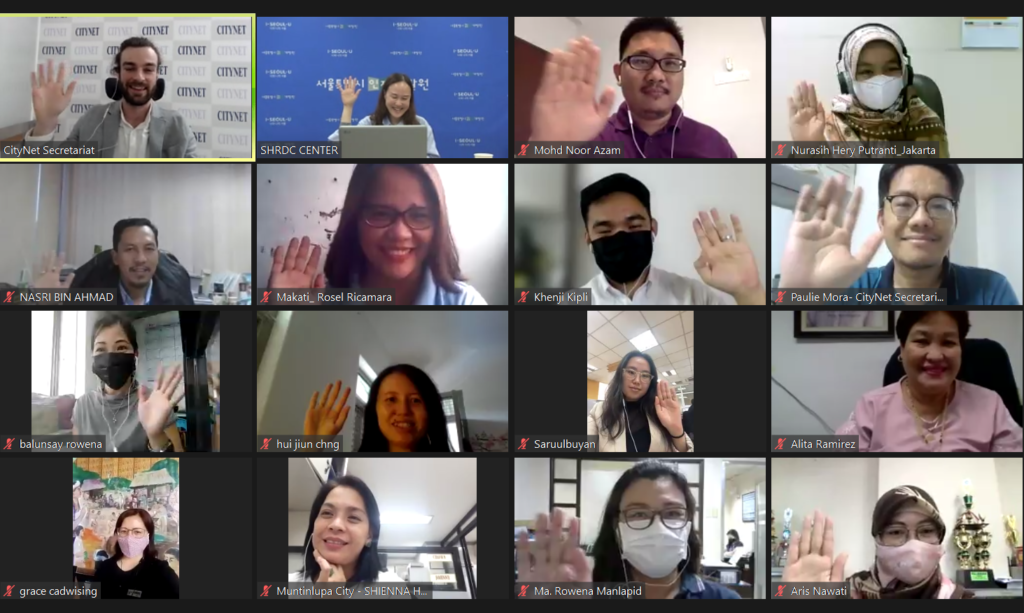 Throughout the program, officials also took part in two live online sessions, providing them an opportunity to discuss the course content and ways to implement Seoul best practices in their city. To do so, they made use of CityNet Urban SDG Knowledge Platform and of its newly developed Toolkit on Localization of Urban Practices.

This workshop is part of a series of training about housing offered in 2021 and beyond by CityNet. Later this year, CityNet and UN-Habitat are set to officially start their three-year KOICA-funded project on affordable housing called “Localizing SDGs through urban redevelopment: learning from affordable housing and informal settlements upgrading experience in Korea.” Targeted at cities from the Philippines, Nepal, and Vietnam, officials from these countries are invited to contact Mr. Paulie Mora at programs2@citynet-ap.org for registration inquiry.