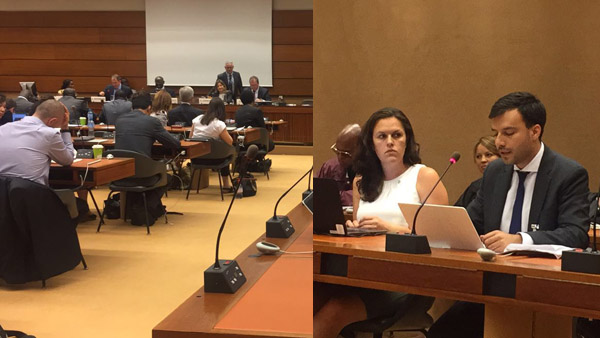 As the United Nations Conference on Housing and Sustainable Urban Development, most commonly known as Habitat III, is getting closer; the preparations are getting more speedily. In this context CityNet, by invitation of UN-Habitat, brought the experience of Asian Cities on safety policies to this process in two international events.

The first was the Regional Expert Group Meeting on Governing Safer Cities organized by the UN Office on Drugs and Crime (UNODC) and UN-Habitat in Bangkok. During this meeting the draft of the document “Governing Safer Cities: Strategies for a Globalised World” was revised to include the Asian perspective. CityNet made important contributions related to the split over effect of implementing safer policies in one city and the corresponding need for regional cooperation. CityNet also advocated for the “translation” of these guidelines into practical documents particularly targeted to the different kinds of implementing cities and organizations, to facilitate the implementation from global recommendations to the ground. During this meeting, UN-Habitat´s Program Director, Dr. Alioune Badiane, repeatedly emphasized the key role of CityNet in linking Asian cities to this process.

Secondly, CityNet was invited to bring the voice of Asian Cities to the global arena in two events that were held in Geneva on the first week of July, 2016. The first one was the “Meeting of the Technical Working Group on the Confluence of Urban Safety and Peace building Practice” in which the Zero Draft of the New Urban Agenda was revised in terms of urban safety considerations, and particularly the vision of safer cities, are being included. Once this document is adopted in Habitat III, it will guide the international development of cities for the next 20 years.

Back to back to the first meeting, “Reviewing the State of Safety in World Cities: Urban Solutions to Crime, Conflict, and Insecurity” Conference was held in the United Nations´ Maison de la Pais in Geneva. CityNet was one of the two discussants for the Asia Pacific Region that endorsed the regional perspective to the global stage. CityNet also supported Seoul Metropolitan Government, one of the very few Asian cities represented in the event, in sharing its good practices to be recognized in the global process.

By linking Asian perspective with the global process, CityNet is both working to bring international support to cities in Asia Pacific, as raising the relevance of Asian experience in these topics. This is part of the on-going work of CityNet to share practical technical knowledge to improve the capacity of cities.