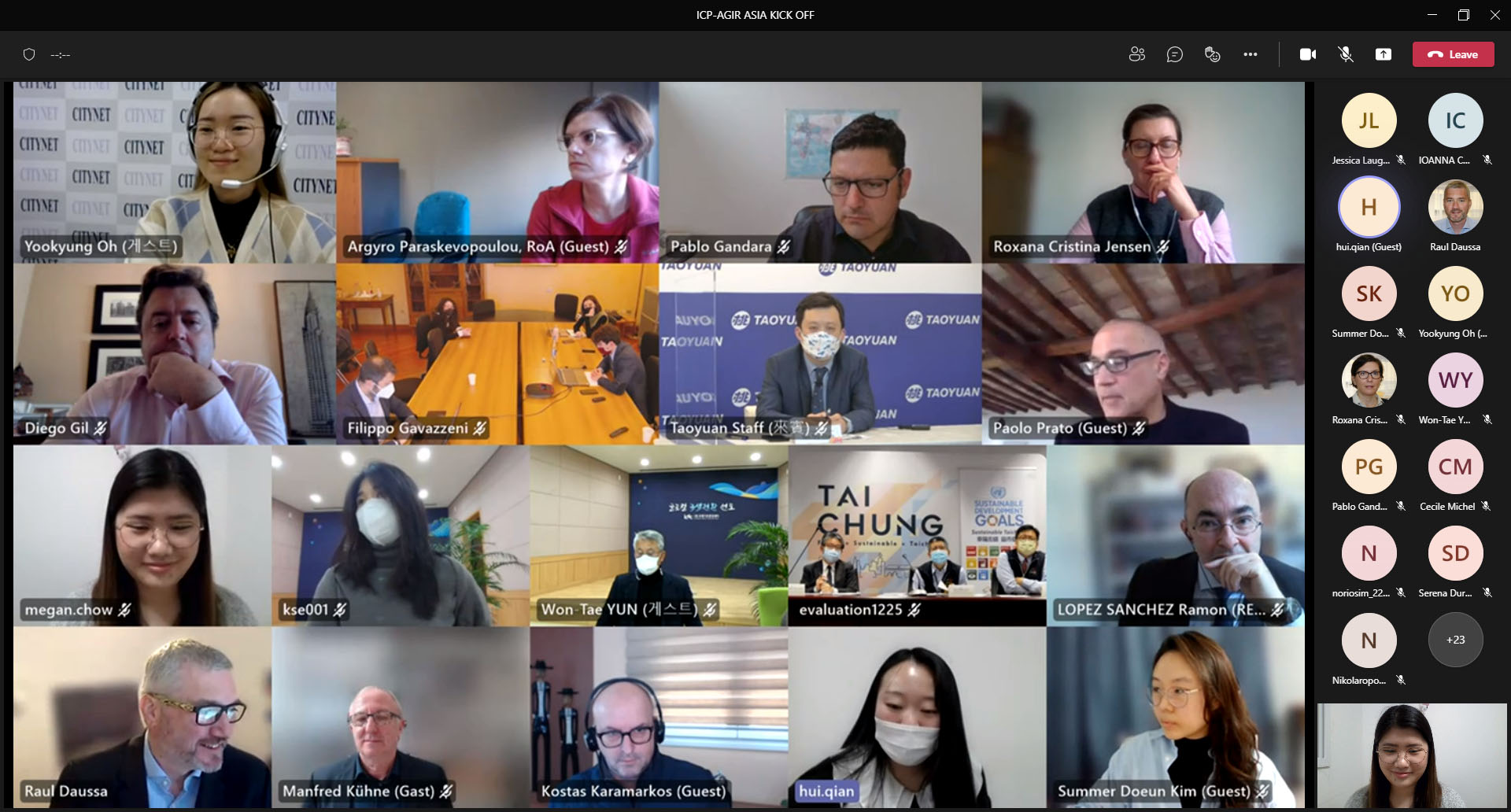 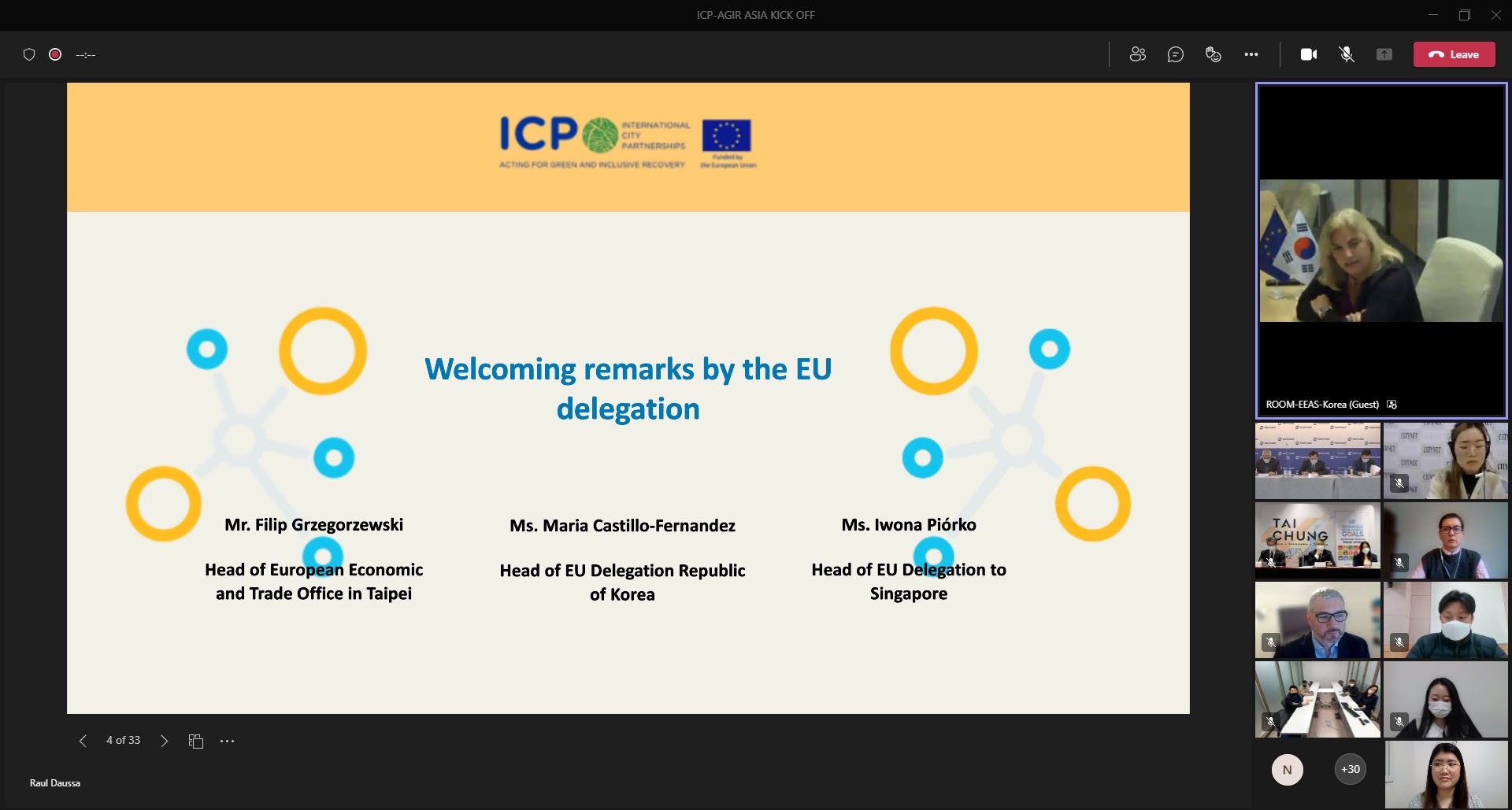 After a brief overview of the programme’s expectations and projected timelines, the cities broke off into individual break-out rooms to meet each other for the first time, share topics of interest, and discuss potential future projects.

Taichung and Prato exchanged their areas of interest and discovered commonalities in circular economy and air quality. Both cities discussed waste treatment and recycling of various elements like organic, household, and textile waste, as well as reduction of air pollutants.

Incheon and Berlin discussed not only their interests but the types of stakeholders they are planning to involve in the project, and partners that they have worked with before. In terms of topical focuses, the two cities may consider focusing on sustainable urban regeneration and smart green cities, under the circular economy and energy transition cluster.

Athens and Gwangju identified potential cooperation topics in both clusters that Asia will be working in. Both cities have strong air quality monitoring systems, and shared experiences could prove mutually beneficial. In waste management, both cities can work together on solid waste management and recycling, sharing challenges and actions that may be replicable from one city to another. 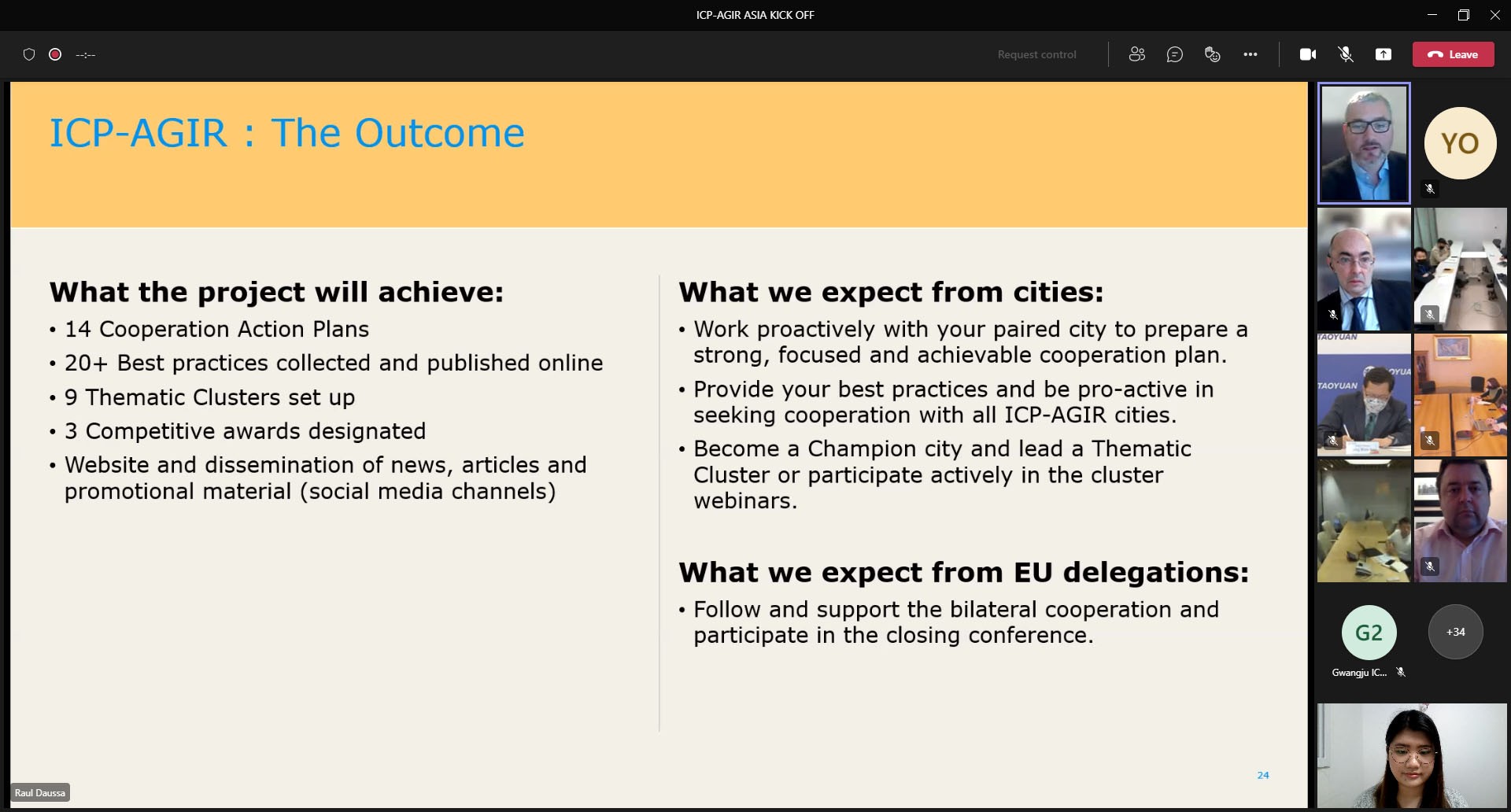 As a part of the programme, we encourage cities to step up as Champion Cities within the thematic clusters: Inclusion of Migrants and Refugees, Circular Economy and Energy Transition, and Air Quality. By focusing on specific topics within these thematic clusters, Champion Cities organize and host webinars to share knowledge from their city and other leading cities to cities participating in ICP-AGIR and other EU projects.

Cities participating in ICP-AGIR from the EU-Asia pairings have actively stepped up to volunteer themselves as Champion Cities within the clusters. Prato, Milan, and Taoyuan have all eagerly stepped forward as Champion Cities in the Circular Economy and Energy Transition cluster, addressing topics such as re-use, repair, recycling of existing materials, circular economy for food, and sustainable waste management. Meanwhile, Gwangju has also volunteered as a Champion City in the Air Quality cluster.

For immediate future steps, cities are setting up bilateral meetings to discuss and to share information about their partnerships. The ICP-AGIR programme will support cities in sharing knowledge to build long-term partnerships.