CityNet capped off its annual Climate Leadership Program with its final session on Friday, September 25, 2020 with more than 90 attendees from cities across the Asia-Pacific.

The CLP Session 3 with the theme ‘Resilience Innovations and Carbon Trade in the Asia Pacific’ brought different Asian city governments and experts to share their low carbon initiatives and raise the prospect for strengthening their local carbon trade programs. The session was moderated by Mr. Jeffrey Mulyono, a member of the Board of Directors for GrEEnAcc Indonesia. 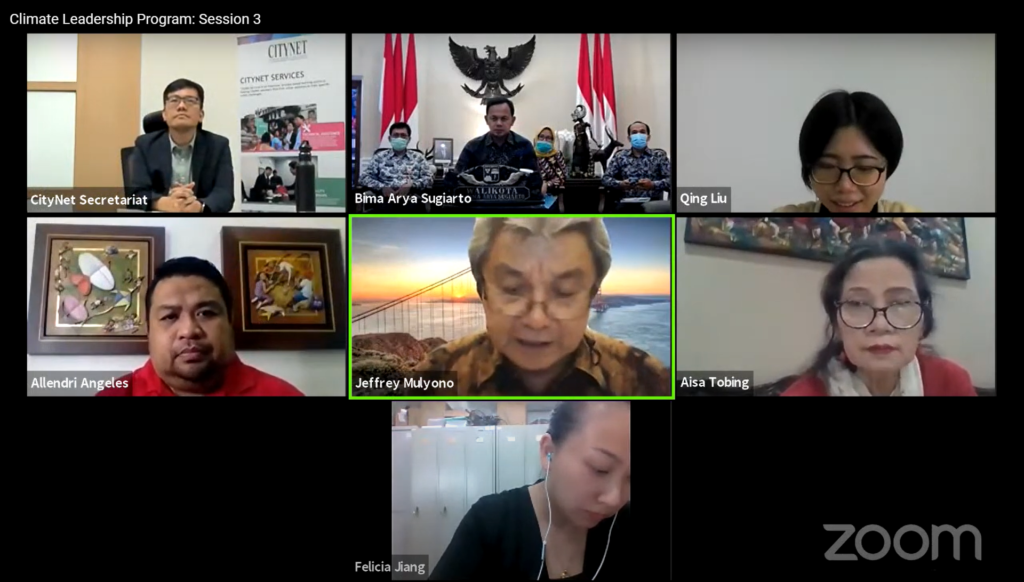 Moreover, different drilling techniques have helped reduce the impact of mining activities in the ecology as in the case of Yunnan Phosphating Group Company. The rehabilitation and greening of mines also present an opportunity where it can offset carbon trade, as Dr. Felicia Jiang noted.

In Guangzhou, Ms. Qing Liu, from China Emissions Exchange (CEEX), shared that different emission reduction activities from both private and public sectors are being facilitated by the city’s carbon market, which has become the third biggest carbon global trading market. The city has been able to set up a green financing facility for the production of ecological based products and development of green technologies.

During the closing program, CityNet Deputy Secretary General Aisa Tobing thanked the participants who stayed for the CLP three sessions. Ms. Tobing hoped the CLP provided insights on the urgency to strengthen local climate action and cooperation in the region.

The speakers’ presentations can be found below: