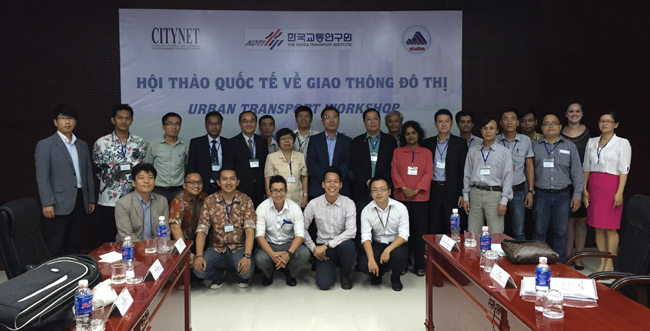 Participants engaged in two activities to analyze their city’s transport challenges, culminating in the development and sharing of Action Plans at the conclusion of the workshop. The workshop programme also included a series of site visits to the Da Nang City Center for Monitoring Traffic, the Dragon Bridge; and the Han River Bridge.

The workshop was a valuable time for CityNet members to explore in depth the opportunities for transport reform in their cities.