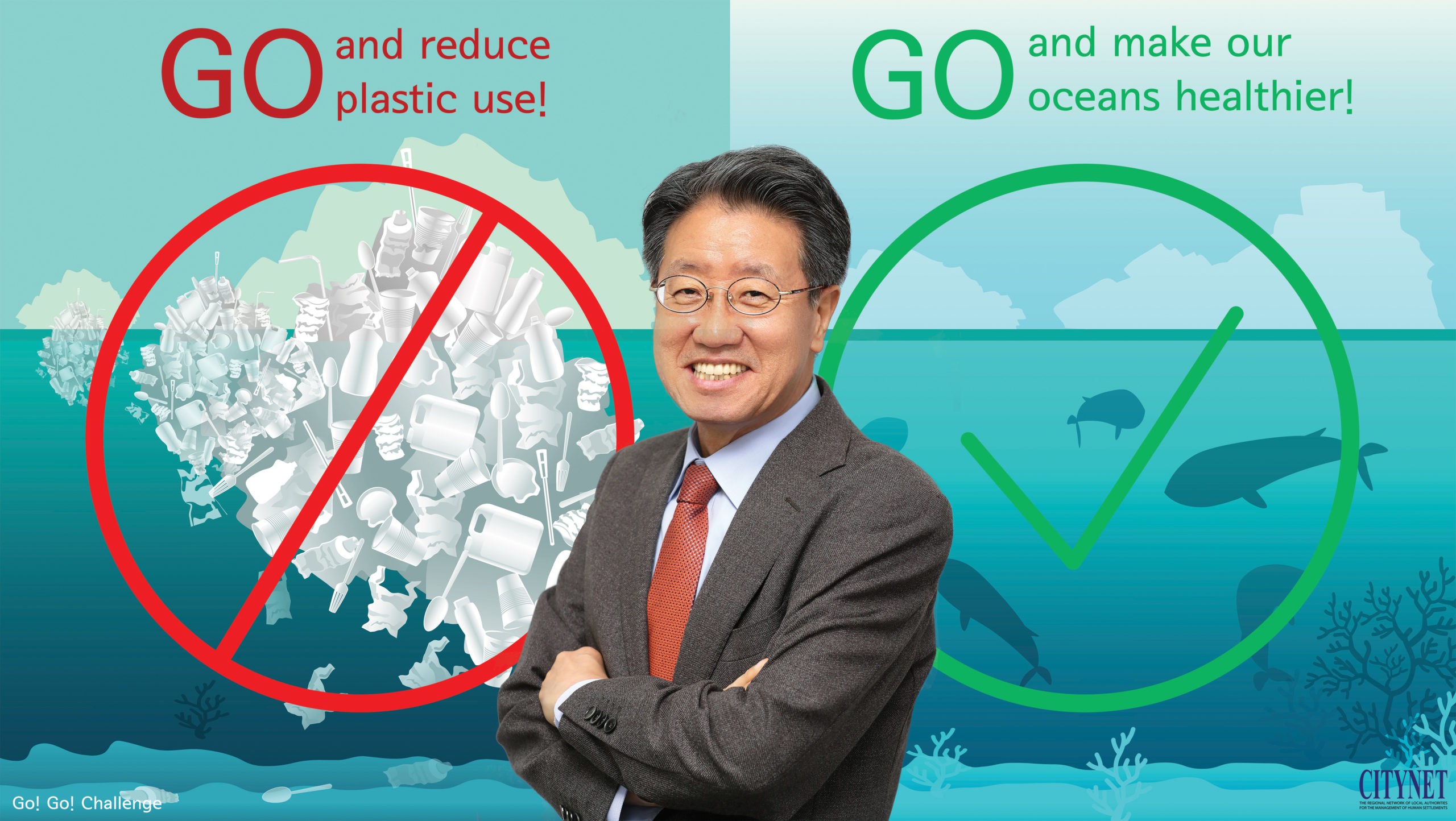 Geunhyeong Yim, the CEO of CityNet, participated in the Go Go Challenge, an anti-plastic campaign by the Korean Ministry of Environment. In this campaign, CEO Yim raised awareness of marine pollution caused by plastic waste.

Go Go Challenge is a relay campaign that was launched by the Korean Ministry of Environment in January to reduce plastic waste. Participants are asked to commit on social media by posting one “do not” and one “to do” action.

CEO Yim was recently nominated by Jonghyun Lee, the CEO of Social Enterprise Network, to join the campaign. CEO Yim promised to reduce the amount of plastic usage in daily life by posting ‘GO and reduce plastic use!’ and ‘GO and make our oceans healthier!’

CityNet provides special programs focused on disaster preparedness, response and long-term rebuilding through its Disaster Cluster and continues its effort to connect cities to reduce greenhouse gas emissions and strengthen urban resilience. This campaign is meaningful for the organization as CityNet has carried out projects for cities in the Asia-Pacific region that are suffering from serious marine pollution.

Megan Chow is a Program Officer at CityNet, where she manages partners, publications, and communications. She currently also serves as the Country Coordinator for the EU IURC programme. Prior to joining CityNet, she worked at Yonsei University in the admissions office, where she organized events and spearheaded external communication. Megan obtained a Master of Global Affairs and Policy from Yonsei University, and graduated from the University of British Columbia for her BA with a double major in Psychology and Korean Studies.

Call for City Solutions for the 2022 Global Smart Solution Report

Call for participants for the 35th CityNet-KLRTC Training Session

😢 The EU Korea Climate Action Project, which launched in 2018, is drawing to a close in October 2021. 🤝 Over the years, it has supported #climateactions to promote #lowcarbon and #greentransition through #cooperation and #exchange between #Korea 🇰🇷 and the #EU 🇪🇺.

Join their last webinar to explore what has been done and what can be done in the future for #carbonneutrality.

Prachi Merchant, @iurc_aa_india urban expert, recently contributed to the development of the #MumbaiClimateActionPlan (MCAP) with her views on linkages between adaptive strategies and short- and long-term goals of the proposed #MumbaiParkingAuthority.