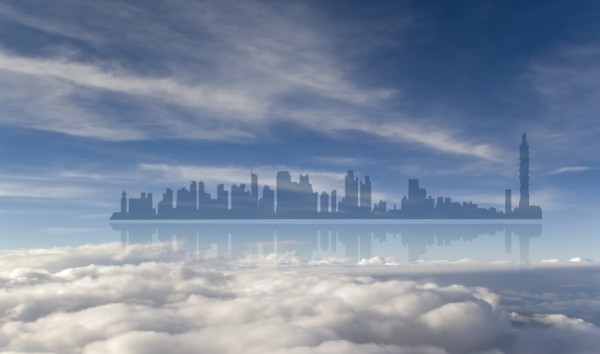 A joint study by Microsoft Asia Pacific and CityNet, a network of over 130 cities and organizations focused on building sustainable urban development in the Asia Pacific region, revealed that the majority of Asian cities have yet to adopt cloud technology to any great extent. According to the survey, only 22.2% of Asian cities have adopted cloud computing to a moderate or extensive degree. However, this figure is expected to grow rapidly over the next three years,  jumping more than two times to 46.9%.

The City Cloud survey was conducted as part of a Microsoft-CityNet whitepaper, “City Cloud: Cloud Adoption for Asia’s Cities” and was first unveiled at the 32nd CityNet annual Executive Committee Meeting and International Seminar in Hue, Vietnam in November 2014.

It canvassed the opinions of 38 senior city officials from 37 cities across Asia, with a combined population of over 71 million. The respondent cities ranged in size from megacities of over 20 million residents, such as Mumbai, to small cities in Nepal with little more than 100,000 residents. They also display varying levels of development, with highly developed cities in Japan and South Korea contrasting with cities in emerging markets such as Bangladesh and Cambodia.

“With a population growth rate of more than 100,000 people per day, Asia’s cities will continue to expand and merge at an unprecedented level. This will put increased pressure on social infrastructure and essential services such transport, healthcare, education and public safety,” said Stefan Sjöström, Vice President for Public Sector, Asia at Microsoft.

He added, “The study supports the key themes of our conversations with CityNet members. Asian city leaders are increasingly looking towards the Smart City model of sustainable urban management to improve efficiencies and standards of living. They also understand that technology and cloud computing will play an integral role in implementing this vision.”

Despite the expected growth in cloud adoption, the figure pales in comparison to adoption rates amongst medium to large enterprises in the region. An earlier Microsoft study, which polled 291 IT decision makers across 10 markets in Asia Pacific[1], revealed that 71% of enterprises were prioritizing investment in the cloud.

Why Cloud Adoption is Lagging in Asian Cities

The City Cloud Survey examined the various factors that could be slowing cloud adoption amongst Asian cities. The results showed that half of the respondents believed that upfront costs were the main reason why cloud computing was not used more extensively. Other top concerns include the lack of a strong business case (34%) and the “riskiness” of cloud computing (28%).

When asked what they perceived be the biggest barriers or risks of cloud computing, data security (60%), inadequate budget (47%) and legal/compliance requirements (44%) topped the list.

Sjöström commented, “With the study discovering that only slightly more than a third of cities were very confident that they have all the right information to make decisions on cloud computing, it is unsurprising that several myths about the cloud continue to be perpetuated. In particular, the upfront costs of cloud adoption tend to be lower as it utilizes a pay-as-you-go model and does away with physical infrastructure costs.”

Vijay Jagannathan, Secretary General, CityNet said, “This is the first time I have seen a survey done around cloud and its applicability to cities. It debunks some of the common misconceptions around cloud, such as high security risks and costs. If you look at the kind of challenges cities in Asia are facing, you can put them into three categories: providing reliable services, ensuring equity such that everyone gets access to these services, and environmental sustainability. In order to address these urban problems, you need a common platform that can integrate the various performance indicators and start measuring performance like a private enterprise. In order to do this, cities need an infrastructure and cloud provides that infrastructure.”

Silver linings for the Cloud in Asian Cities

The advantages of cloud adoption were found to be relatively well-known amongst senior city officials. Over 80% of those surveyed acknowledged that cloud computing can deliver a variety of important benefits for Asia’s cities including:

While only a quarter of respondents believed that its most senior officials have made public commitments on using the cloud to become a smart city, the positive outlook on cloud computing and the growing number of public sector cloud success stories looks set to give city authorities the confidence to evaluate and eventually implement their own cloud initiatives. An example of a city leading in this area is the City of Makassar, the provincial capital of the province of South Sulawesi and Indonesia’s 6th largest city with a population of 1.5 million.

In May 2014, Makassar signed a memorandum of understanding (MoU) with Microsoft for a strategic partnership to leverage cloud platform and services. The MoU aims to address the demands of the city’s economic development and population growth by creating better citizen engagement, improving government efficiency and developing the local software ecosystem by harnessing the power of the cloud.

Ir. H Mohammad Ramdhan Pomanto, Mayor of the City of Makassar said, “We believe that this collaboration will help transform Makassar into an icon of efficiency and interconnectivity in Indonesia. Leveraging the cloud, we want to transform the way our 18,000 employees in the city government work, and launch mobile applications that help residents in their daily lives, including engaging with government agencies. We also hope to improve safety and traffic management across the city and eventually, implement a city e-payment system for businesses. These technology initiatives will undoubtedly be a driver of economic growth and sustainable future development for Makassar.”

The collaboration is part of Microsoft CityNext, a global initiative to empower cities leaders to build citiesthat are modern, safe, healthy and educated by moving beyond infrastructure and connecting with people.

Taking the cloud conversation towards talent development, Makassar will work Microsoft to reduce the digital divide by providing education institutions with access to Office 365 and a variety of IT skills training. New businesses and innovators will also be supplied with resources and support through the Microsoft BizSpark program.

Concluded Sjöström, “The corporate world is already convinced of the benefits of the cloud and it is heartening to see that more Asian cities will be moving to the cloud over the next 3 years. However, cities must also take steps to go beyond mere technology building to support human capacity. This will ensure long-term competitiveness in the global market place. We hope to reach ever more cities and bring the benefits of sustainable urban development through the cloud to even more people in Asia.”

Founded in 1975, Microsoft (Nasdaq “MSFT”) is the worldwide leader in software, services, devices, and solutions that help people and businesses realize their full potential.

CityNet is the largest association of urban stakeholders committed to sustainable development in the Asia Pacific region. Established in 1987 with the support of UNESCAP, UNDP and UN-Habitat, the Network of cities has grown to include 135 municipalities, NGOs, private companies and research centers. CityNet connects actors, exchanges knowledge and builds commitment to more sustainable and resilient cities.