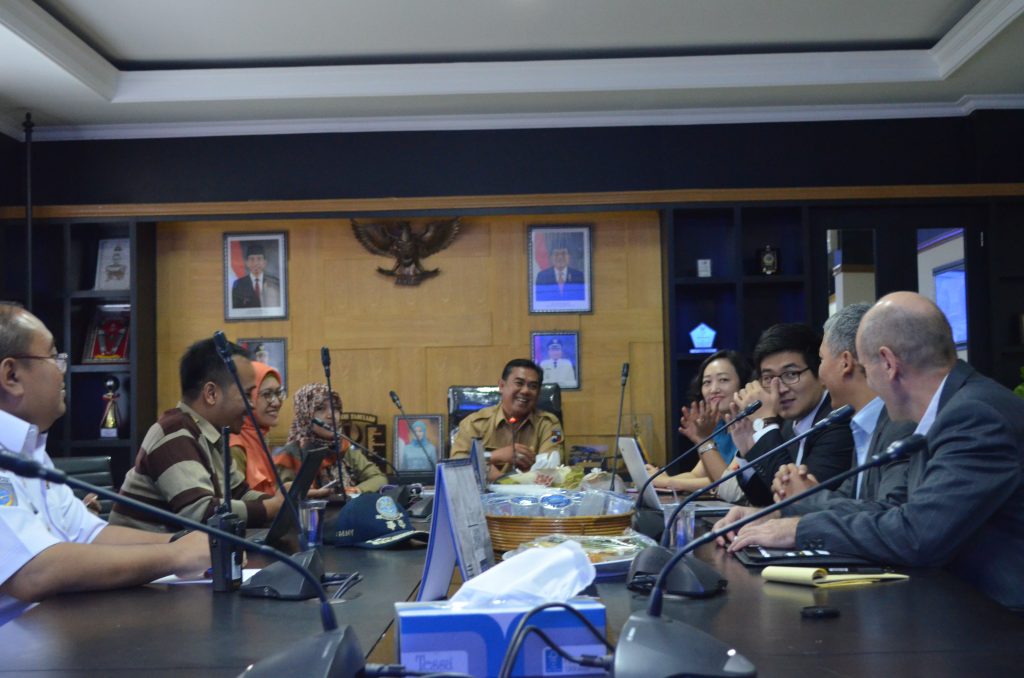 CityNet and the World Bank visited Bogor City to assess the newly relaunched Bogor’s public bus route, as well as its public transport reform plan. After an initial briefing and assessment of Bogor’s public transport situation, CityNet and the World Bank agreed to provide a concrete set of suggested actions and activities to assist Bogor City’s public transport reform. CityNet-World Bank BRT Cities Network is a group of cities currently operating or are well underway of developing BRT systems in the Asia Pacific region. The network endeavours to enhance the service provision capacities of these cities.

Bogor is a satellite city of Jakarta, which has recently experienced a five-fold population expansion, now home to over a million residents. Over 8,000 angkot, or small minivan buses serve as public transportation providers to the residents of Bogor. Angkots are relatively cheap, numerous in number, and they stop at the passengers request.

Angkots however clutter the roads and cause air pollution. Bogor City attempted to create rotational shifting of the buses, even the distribution of Angkots by analyzing the number of Angkots servicing each destinations, and finally by reducing the operational age of the vehicles, but these attempts are yet to be regarded successful.

During the visit, CityNet and the World Bank team had a chance to meet the Mayor of Bogor. He expressed his enthusiasm to accelerate the implementation of the BRT system in Bogor, and he is looking for opportunities and possibilities of cooperation or formal assistance. Mayor Bima Arya noted that the city is currently working on strengthening the concept of what Bogor will implement in terms of public transport.