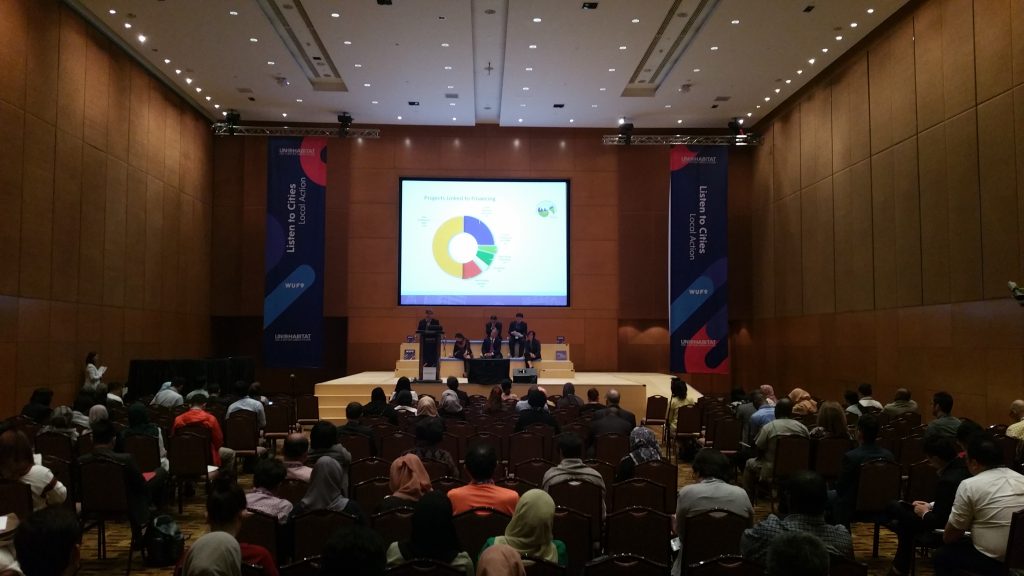 CityNet actively contributed to the discussion at the 9th World Urban Forum held from 7-13 February through three sessions.

Together with the Seoul Metropolitan Government, CityNet co-organised a session on ‘Unlocking the Potential of Local Leadership for Sustainable Urban Development’ as part of the Listen to Cities Room, which was held for the first time at the World Urban Forum to give a space for the sub-national authorities bringing their tested examples on the implementation of the New Urban Agenda, as well as C2C collaboration and national-subnational experiences.

Represented by Aisa Tobing who also holds the position of CityNet Deputy Secretary General, Jakarta shared the city’s Development of Integrated Child-Friendly Public Spaces (RPTRA) through Community Development Based Strategy. The Director of Global Urban Partnership Division of Seoul Metropolitan Government had a chance to share their best practices that could also be replicated in other cities.

The discussion that was moderated by the C40 Regional Director of Southeast Asia and Oceania, Milag San Jose-Ballesteros, concluded that cities do not have to re-invent the wheel when it comes to localizing #NUA and #SDGs. Sharing urban solutions through city-to-city cooperation and strong leadership are key to overcome urban challenges. 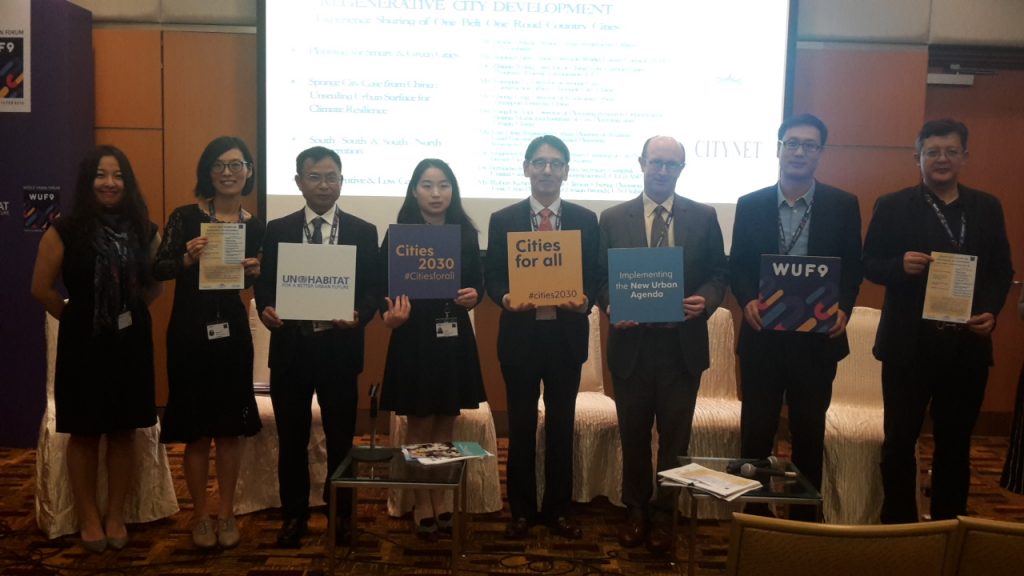 In a separate session hosted by the World Future Council, CityNet explained about several challenges facing Asian cities in making inclusive, safe, resilient and sustainable cities, one of which is that there is no single urban story line. This session focused on Improving Urban Planning for Regenerative City Development: Experience Sharing of One Belt One Road Country Cities.

During the World Urban Forum that convened around 22,000 participants, CityNet also delivered a training session in collaboration with partners – GIZ, CDIA, UNESCAP, ICLEI, and UCLG. This training session tried to answer the question “How do I implement the Global Agenda in my city? – Examples and entry points for action”. Many urban stakeholders are still struggling to really understand the implementation phase of the agenda that was agreed upon at the Habitat III conference in 2016. 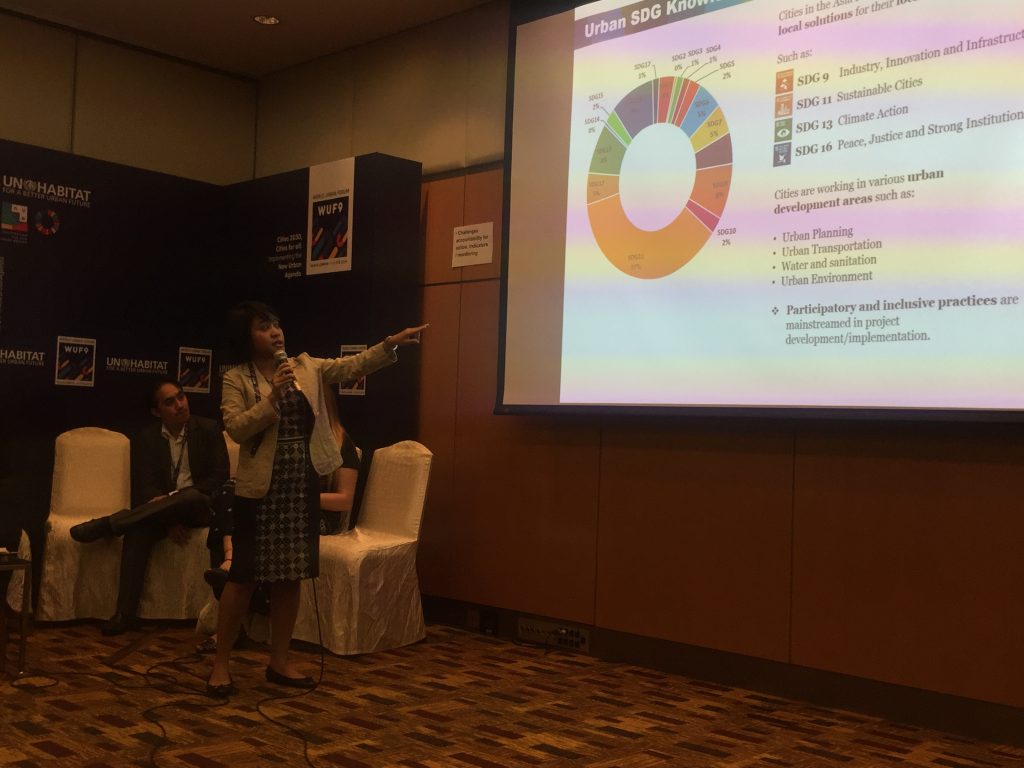 This interactive training session that was successfully delivered to 76 participants who came from various backgrounds – from local and national government to the private sectors and NGO – concluded with a list of recommendation for implementing the Global Agenda in the city level that included develop and apply with different stakeholders and at all levels, improve data gathering and reporting system,identify areas of actions and priorities, and ensure good governance and leadership.