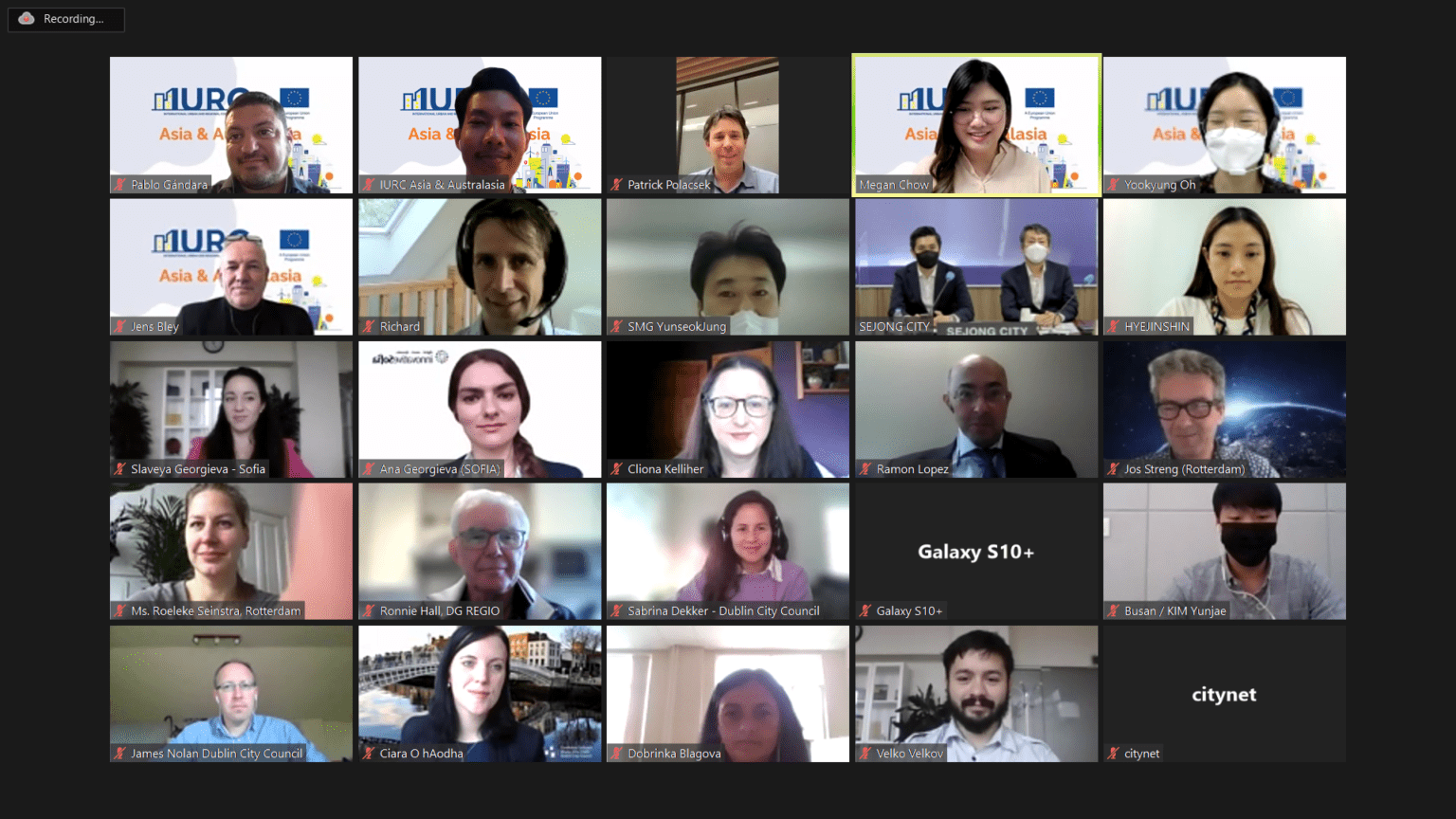 Among the Korean cities, both Seoul and Busan have also participated in the World Cities programme from 2017-2018, an extension of the IUC programme. IURC is the second phase of IUC, and is an EU-funded programme that aims to promote multi-city cooperation on sustainable urban development and to build partnerships between EU and non-EU cities. Participating local governments will be enabled to implement pilot projects engaging research, civil society and business partners. IURC contributes to the objectives of the UN New Urban Agenda, the Agenda 2030 (SDGs), the Urban Agenda for the EU and the European Commission’s priorities for a “Stronger Europe in the World” with the European Green Deal and the NextGenerationEU (post COVID-19 recovery plan) at the centre. The programme is implemented in the geographical area of Asia and Australasia in nine countries, namely Australia, India, Indonesia, Japan, the Republic of Korea, Malaysia, New Zealand, Thailand and Vietnam.

CityNet will be supporting the implementation of the IURC programme in Korea. We hope to help establish deep connections between each of the bilateral pairings.