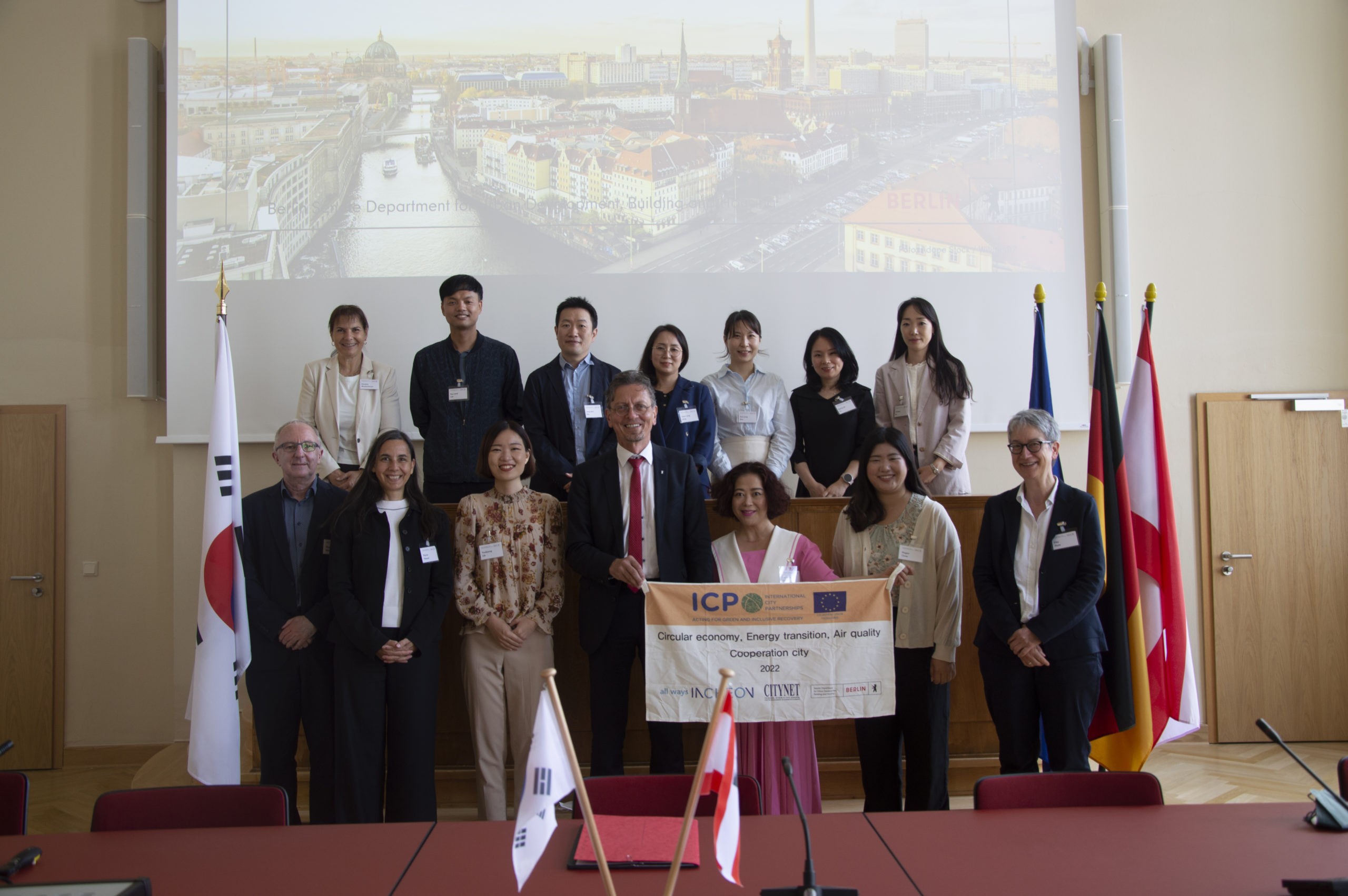 As part of the ICP-AGIR programme, delegates from Incheon visited Berlin from 13-17 June. Incheon was able to learn more about Berlin’s urban development history, current cultural climate, and how important citizen involvement is in Berlin’s projects.

The study visit launched with a kick-off conference at Berlin’s Senate Department of Urban Development, Building and Housing (SenSBW). During the kick-off conference, Berlin shared about the city’s unique history and how the city is one that has had to cope with many unexpected challenges and obstacles. These challenges Berlin has faced has helped them understand the importance of citizen involvement and engagement for long-term sustainability.

They followed up with a visit to Tempelhof CityLAB Berlin. The former location was initially used as a military base and has now become one of the research centres of Berlin. Both Incheon and Berlin presented on their smart city visions, and Berlin shared about their current smart city projects, too. The Incheon delegates were also led on a tour of CityLAB, where they were able to see current research and examples, such as bike data in Berlin, which involves the private sector.

The second day of the study visit started with a bus tour for delegates from Incheon to experience historical sites as well as see some urban regeneration projects in person. At Rotes Rathaus, Berlin’s City Hall, Incheon was welcomed by the Senate Chancellery. The Chancellery delivered welcoming remarks with the highlights of the ICP-AGIR programme, sharing how Berlin is focusing on mobility under the spectrum of the smart city while adapting solutions to Climate Change. She expressed her happiness to see Berlin’s cooperation with Incheon and is looking forward to the partnership between the two cities through the ICP-AGIR programme.

On the third day, Incheon visited Humboldt University and Adlershof, which is Germany’s most modern science and technology park. As Adlershof is one of the key innovation areas of Germany, delegates from Incheon were able to experience Berlin’s start-up process at Adlershof, where the city oversees the the start-up cycle by providing a sandbox, consultations, and assistance with securing office space. They also learned about Berlin’s approach to incorporating both start-ups and private companies and how the whole research center tackles global questions, such as climate issues, with multiple fields of researchers simultaneously.

Finally, the two cities wrapped up the study visit session with a Cooperation Action Plan meeting that narrowed down the areas of cooperation that can be focused on during the ICP-AGIR programme. With a focus on circular economy and urban regeneration, Incheon and Berlin bid goodbye to each other with warm promises to meet again later this year.

It was clear to see during this study visit that Berlin’s policies are focused around a common theme: benefiting its citizens. When Berlin visits Incheon later this year, we hope to see the beginnings of concrete projects and actions as a result of the ICP-AGIR programme. Until then, both cities will continue their discussion through the bilateral meetings to facilitate long-term partnerships. 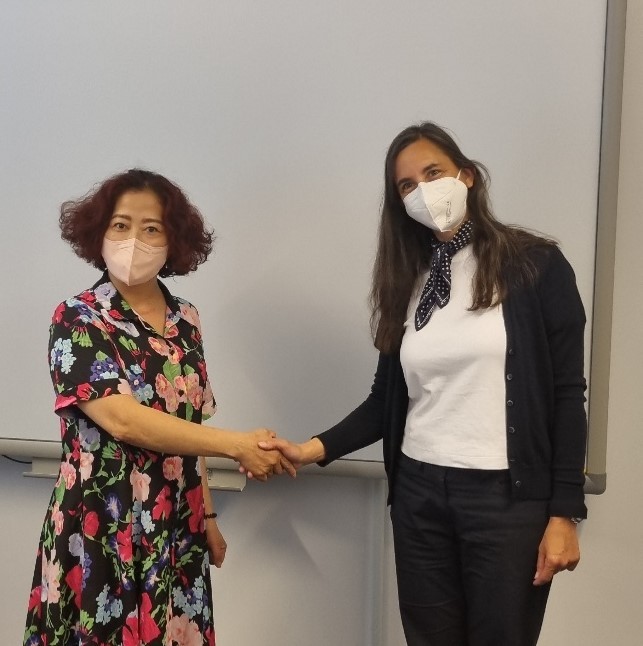 Sharing about green transportation in Taoyuan and Braga

🌿 As part of the EU-funded #icpagir programme that CityNet is implementing, we are conducting study visits between paired cities. From 11-15 July, delegates from Athens visited Gwangju to exchange knowledge and build up on their visit to Athens in June! 🏃

Day 2 of #Rotterdam visits #Busan: Rotterdam delegates had site visits at Busan Port Authority, Monorail 168, and Eco-Delta Smart City to see best practices in action and finish off the day with a UCAP session. Thanks to @euinkorea @EUinmyRegion @EU_FPI @IURC_Programme @iurc_aa