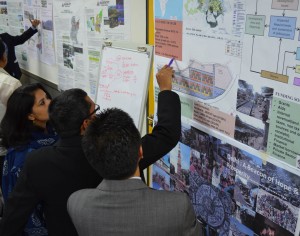 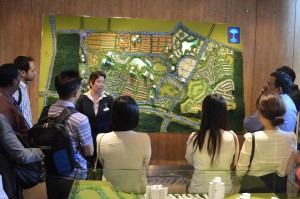 The training was organized by Kuala Lumpur City Hall, The Regional Network of Local Authorities for the Management of Human Settlements (CITYNET) and the United Nations Settlements Programme (UN-Habitat). Throughout the program, city leaders and decision makers became familiar with the links between Urban Planning and issues such as Urban Infrastructure, Urban informality, Safer Cities and Urban Patterns for a Green Economy. The participants also had the opportunity to attend the 5th International Conference on World Class Sustainable Cities, this year themed “Livable Cities are Creative and Competitive Cities”, and visit new urban developments in Kuala Lumpur. In addition, UN-Habitat presented its Urban Planning for City Leaders guide sponsored by Siemens to an Asian audience.

This was the first of a number of training events that will be co-organized by UN-Habitat to promote Urban Planning tools for Sustainable Urban Development.

📣UNITAR CIFAL Jeju is holding a #VirtualWorkshop series on #SocialProtection, with a spotlight on #InformalWorkers. The event will take place on three sessions from March 18-25, at 3 PM KST.

While fighting the spread of #COVID19, countering measures like lockdowns and social distancing have affected informal workers disproportionately, who suffered from a higher risk of falling into extreme #poverty, as their economic activities were severely disrupted by those measures.

Informal workers usually work in poor occupational safety and health surroundings with poor access to social protection services. They are easily exposed to the risk of illness and injury. Even before the pandemic, access to healthcare was almost out of reach for these workers because the cost of such services was far too high for their earning.

This virtual event will discuss various approaches to social protection with a focus on informal workers in the pandemic situation, and explore how social protection can be applied in different contexts. Participants will be given an opportunity to share their own case studies and get engaged in designing #ActionPlans for better implementation of social protection strategies in line with their own national and local context. ... See MoreSee Less