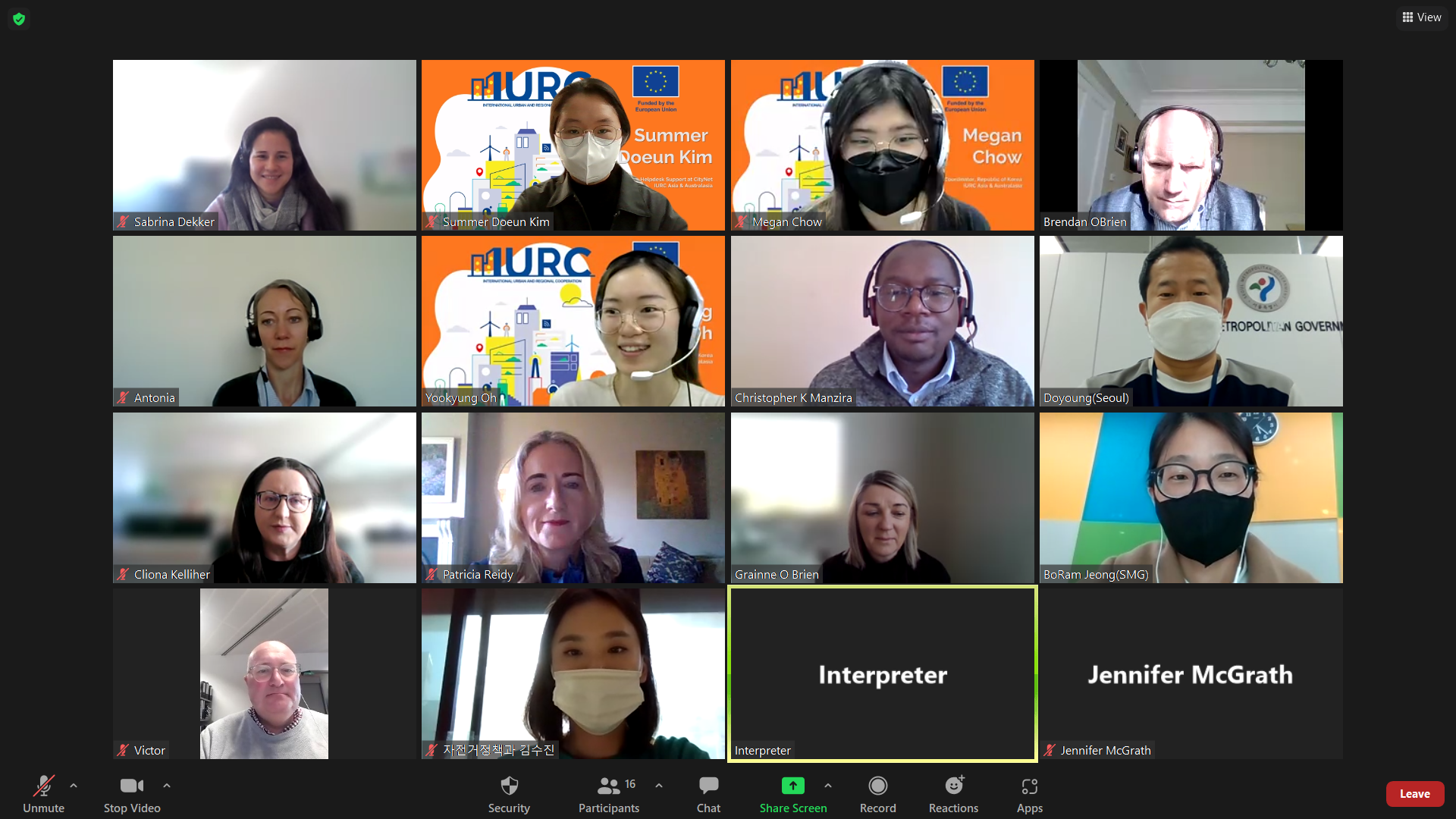 To start off the month of April, Seoul, and Dublin continued to share knowledge through bilateral meetings. For this bilateral meeting, Seoul focused on the cycling implementation in the city, discussing how cycling can impact the city’s general health, urban transportation, and the environment.

In the previous meeting, Dublin shared data analysis on the decreased footfall since the onset of COVID-19. On the other hand, Seoul shared that public bike usage has increased drastically during COVID-19. For Seoul citizens, it seems like cycling is a method of personal mobility that allows for social distancing. Thus, the ridership for Seoul’s public bike system “Ttareungi” in 2020 nearly doubled, compared to 2019. Moreover, citizens not only showed interest in using the public bike systembut also exhibited a high purchase of bikes in general too. Due to these reasons, Seoul is continuing to meet the demand around the city and to satisfy the interest in cycling around the city with various projects. 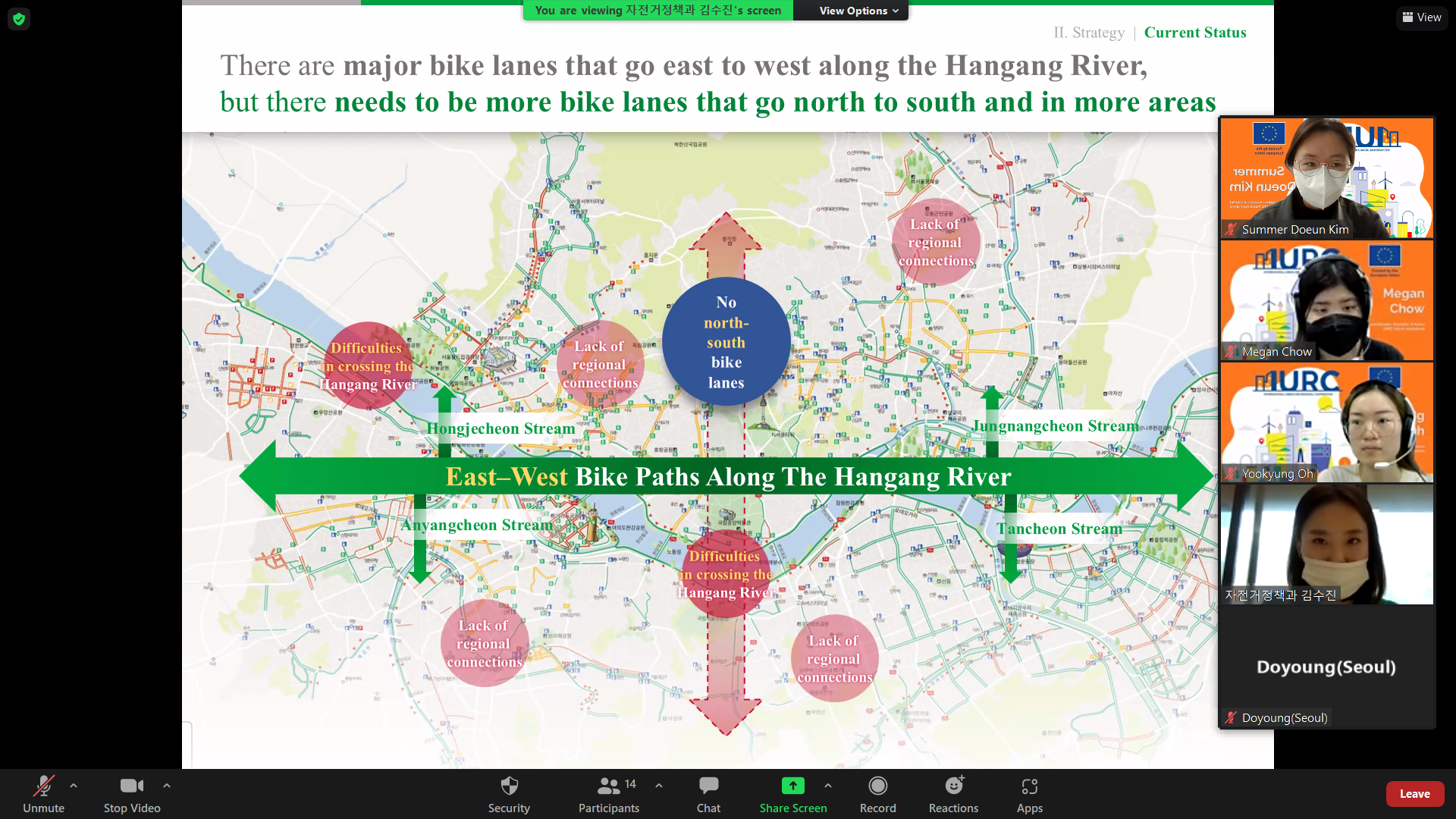 Seoul shared three major benefits while utilizing a public bike system around the city. One of the biggest benefits is the increase in usage of the public transit system and the economic benefit by using the bike system, Ttareungi. The advantage of using Ttareungi is the low-cost, effective, commuting transportation which encourages citizens to use more public transportation systems in general. The city also has a plan to expand the cycle network in both north and the south of the city which will continuously encourage people to use public transportation in Seoul , simultaneously providing economic benefits to those using it. 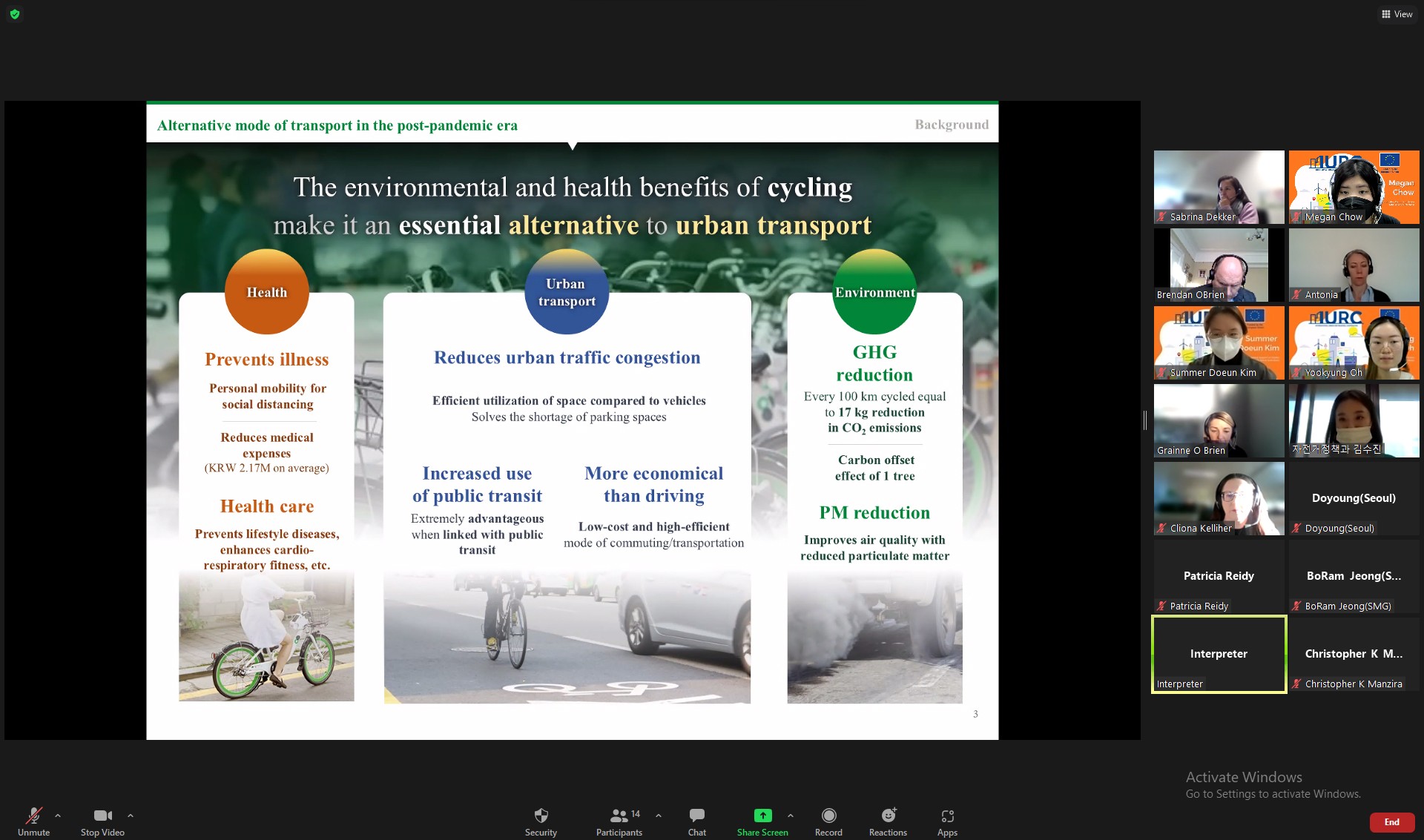 The second benefit is environmental in nature. Seoul shared that every 100 km cycled equals to a 17 kg reduction in CO2 emissions. This can be shown as the carbon offset effect of 1 single tree. Since Ttareungi ridership in 2020 was around 2.3 million people, the impact of Ttareungi riders on CO2 reduction in the city is greatly impactful.

The last benefit is the improvement of citizens’ overall health through the bike system. The current bike system Ttareungi can contribute to the prevention of illness and overall health care. By providing the cycling system to citizens, the city can reduce overall medical expenses. Cycling also improves respiratory fitness, which prevents lifestyle diseases. 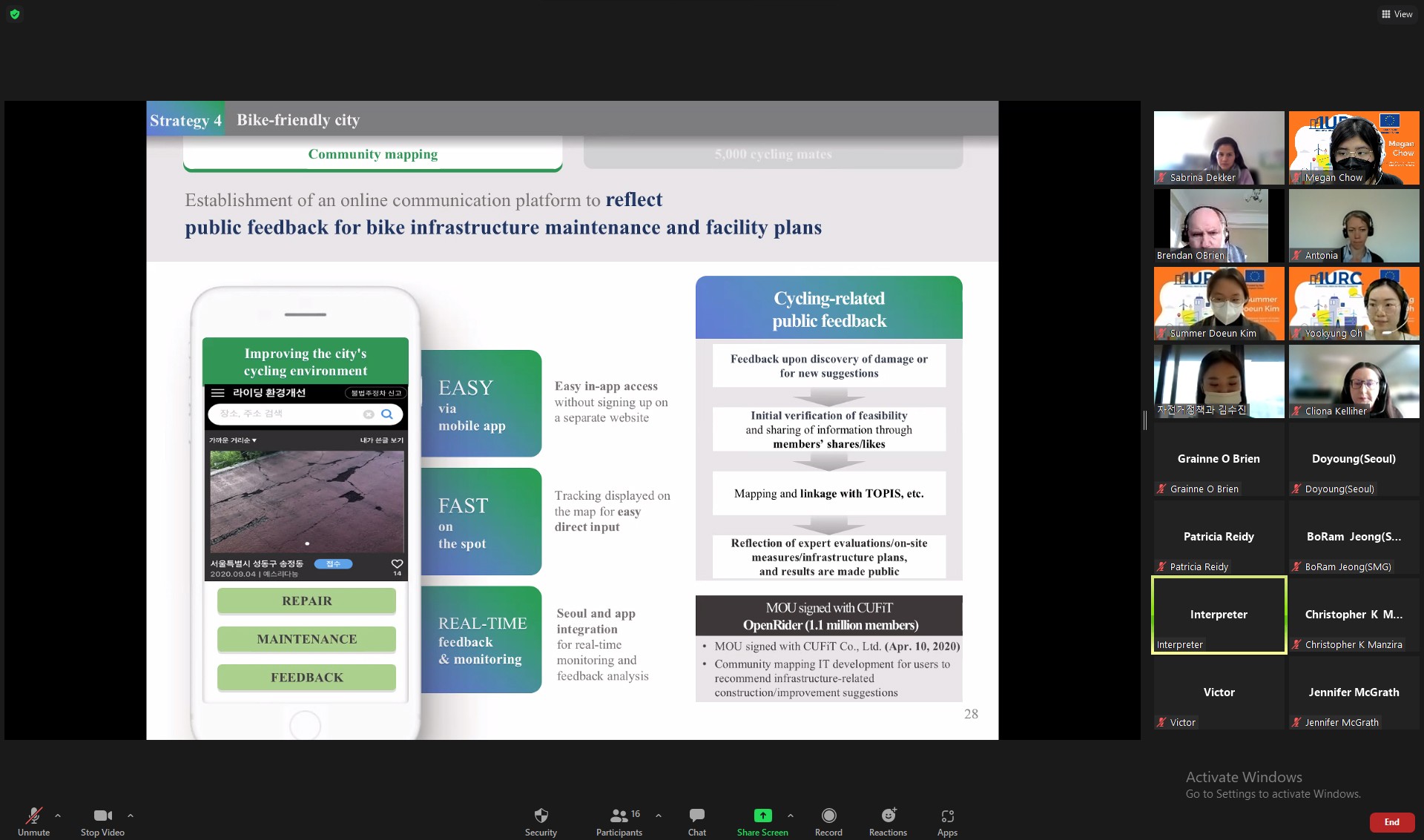 Beyond the current public cycling system, Seoul is planning to expand and repair the current cycle network to create more roads to go over bridges and connect with other transportation options such as subway, buses, and taxis. One of the methods to check the status of the repairing cycle network will be through the app. Citizens can submit a report to the city directly to request its maintenance. The city’s effort to communicate and reflect the feedback can encourage citizens to use the public micro-mobility system more in general.

There are several correlated factors that both Seoul and Dublin can cooperate on, since these projects are applied and implemented in the long term. Beyond the bilateral meeting, study visits, and IURC cooperation, both cities certainly can continue the cooperation to see each other’s project outcomes. In the meantime, both cities will prepare for the next bilateral meetings and study visits throughout the IURC programme.