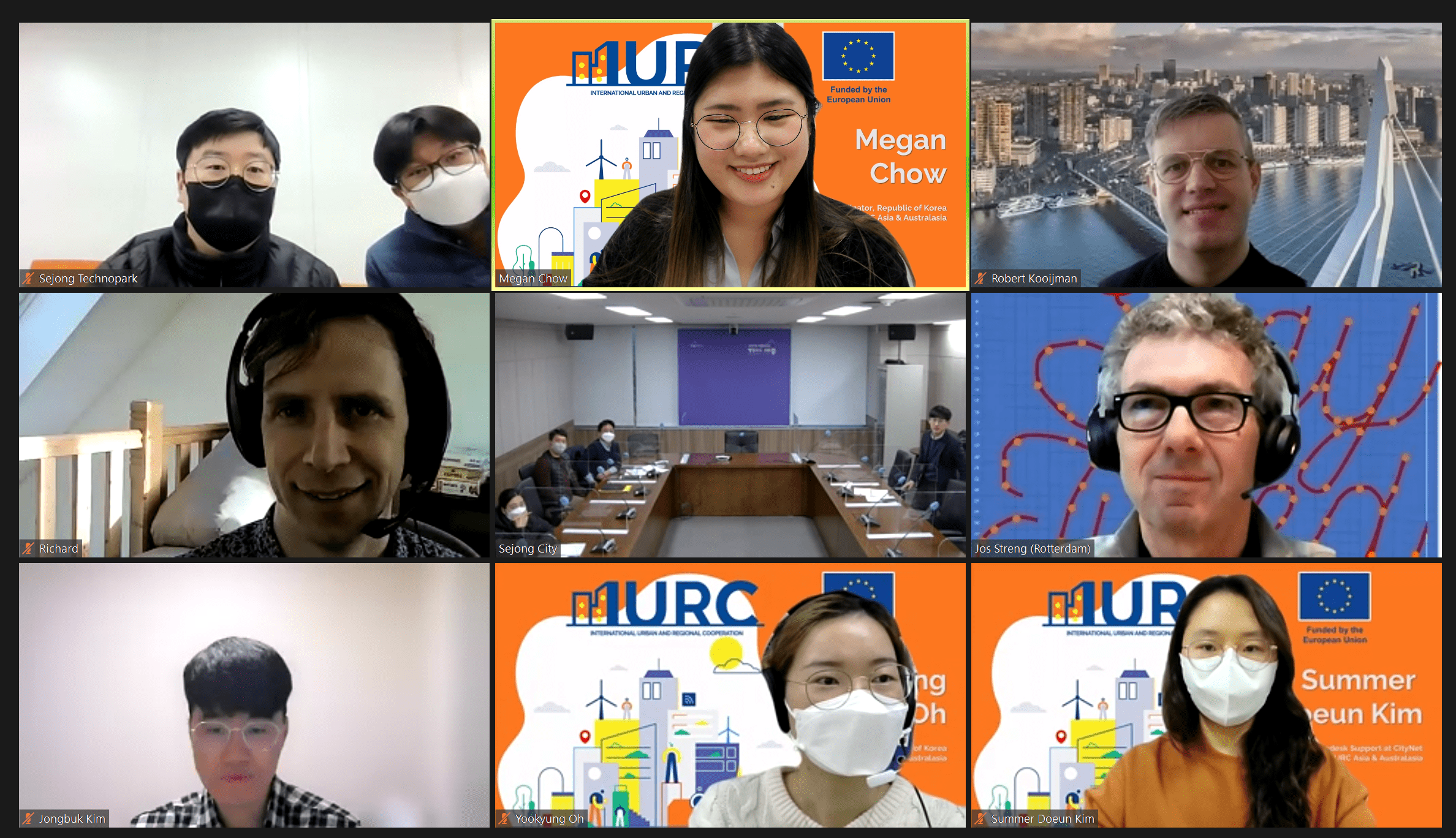 On 7 February 2022, Sejong and Rotterdam met again to discuss further knowledge and continue their discussion from the previous meeting on 15 December 2021. This meeting was focused on C-ITS, Intelligent Traffic Lights, and autonomous vehicles, with relevant cases from both cities. 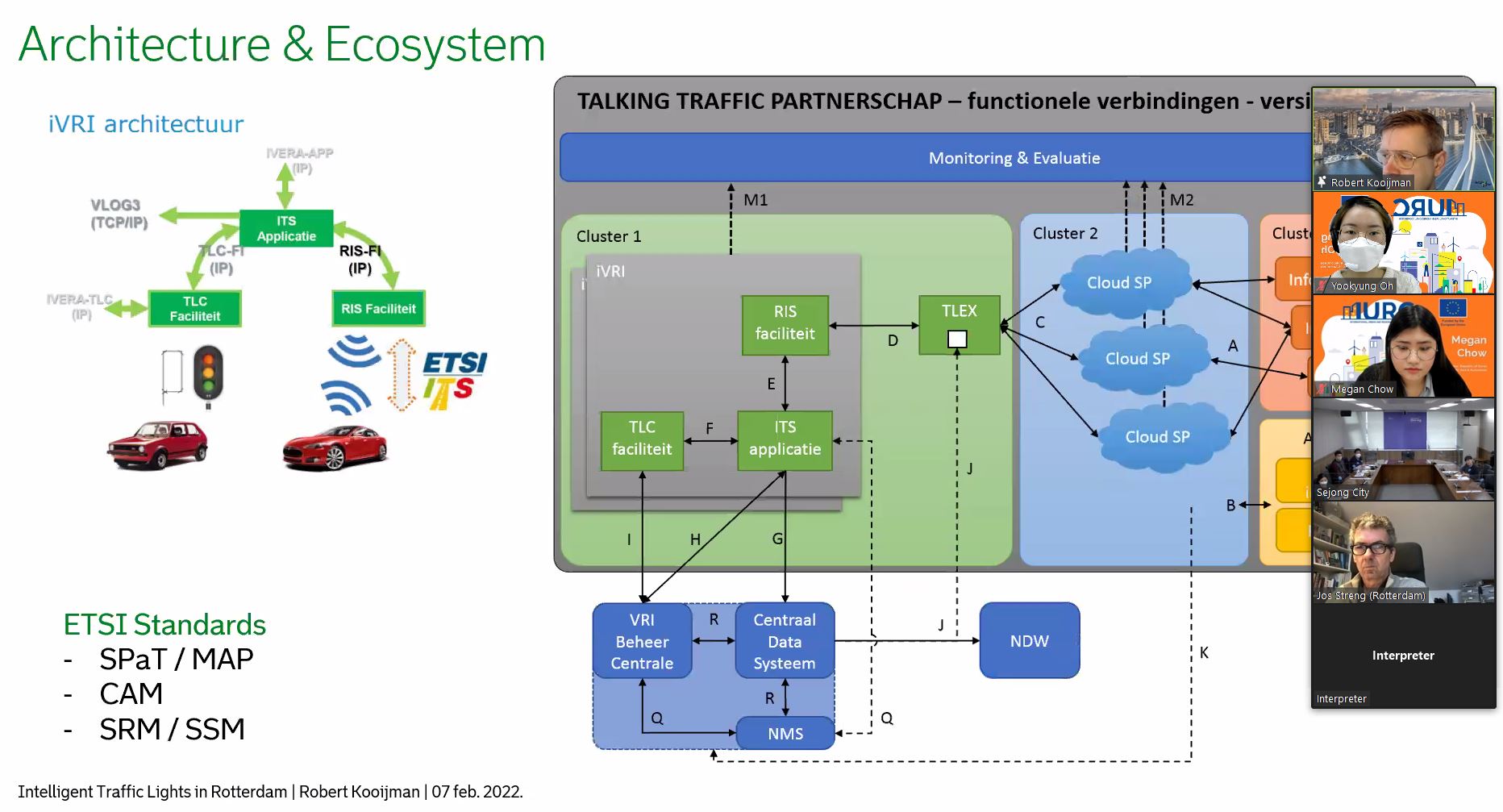 Rotterdam kicked off the meeting by expanding on their intelligent traffic lights system, which had been a major point of interest at the last meeting in December. Their traffic lights are connected to their integrated traffic system, MobiMaestro, which also is equipped with rain radar. This means that their traffic lights can reflect the weather! Through the 24-hour control centre for MobiMaestro, Rotterdam can be aware of different traffic situations in the city. The lights are being developed to prioritize not only emergency vehicles, but also public transport, logistics, and cyclists. The system currently has 100 lights implemented, but this number will continue to grow in the future. 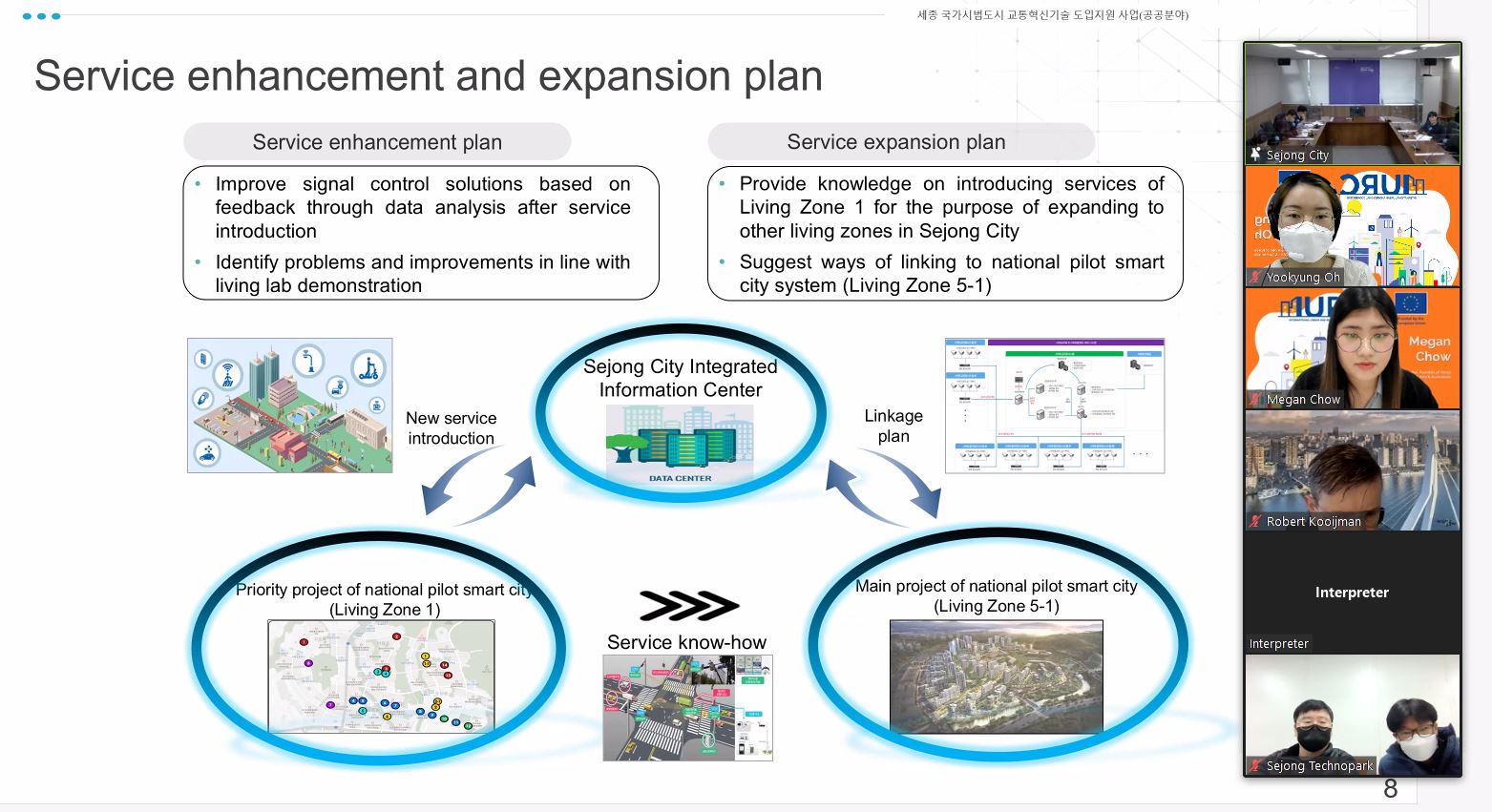 Sejong complemented Rotterdam’s presentation with their own on intelligent traffic lights, which currently targets emergency vehicles, allowing traffic lights to prioritize them when within 300 m. However, if there are pedestrians crossing, the traffic lights will not change until after the pedestrians have finished crossing. This pedestrian-first mentality is one that is taking root in Korea. This system has been applied to 23 intersections and has dramatically reduced the passing time of emergency vehicles by 51.5% for an average of 23 seconds.

Sejong and Rotterdam continued the conversation by discussing autonomous vehicles. Both cities have employed autonomous outdoor robots for various purposes. In Sejong, autonomous outdoor robots are used for security, food delivery, and sanitization in city parks. In Rotterdam, they are used for grocery deliveries on university campuses. Rotterdam is also starting to implement autonomous shuttles, such as between airport terminals. Through significant data analysis and extensive testing, both cities are expanding their central command centres for autonomous vehicles and testing their use in the city.

With their common goals in smart mobility, Sejong and Rotterdam show promising potential. Both cities intend to visit each other during their study visits to the EU and Korea.