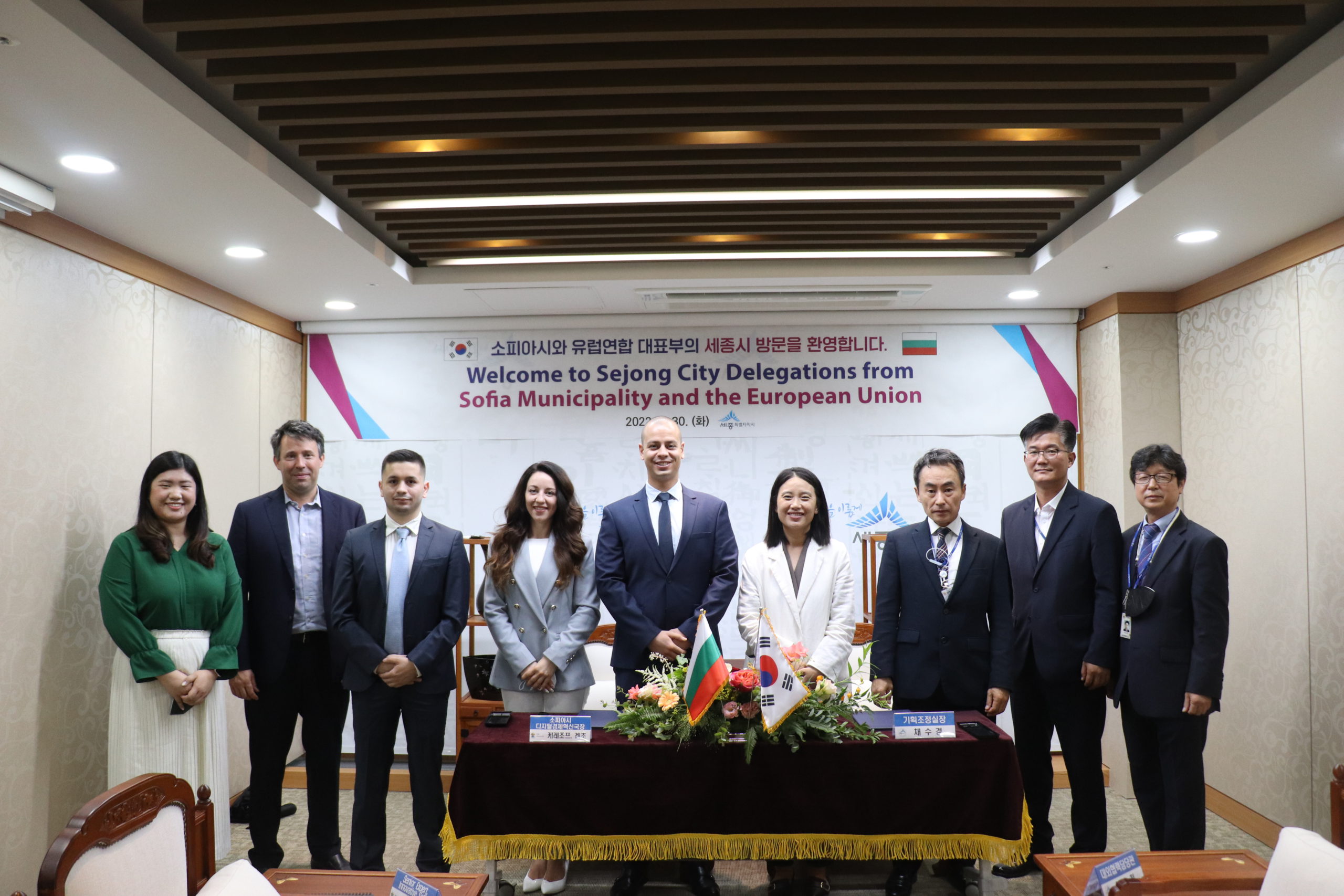 Through the IURC programme, Sejong and Sofia conducted their first study visit in Sejong from 29 August to 2 September 2022. The visit was very much anticipated by both parties, as they have been eager to meet in person and get their cooperation off the ground. 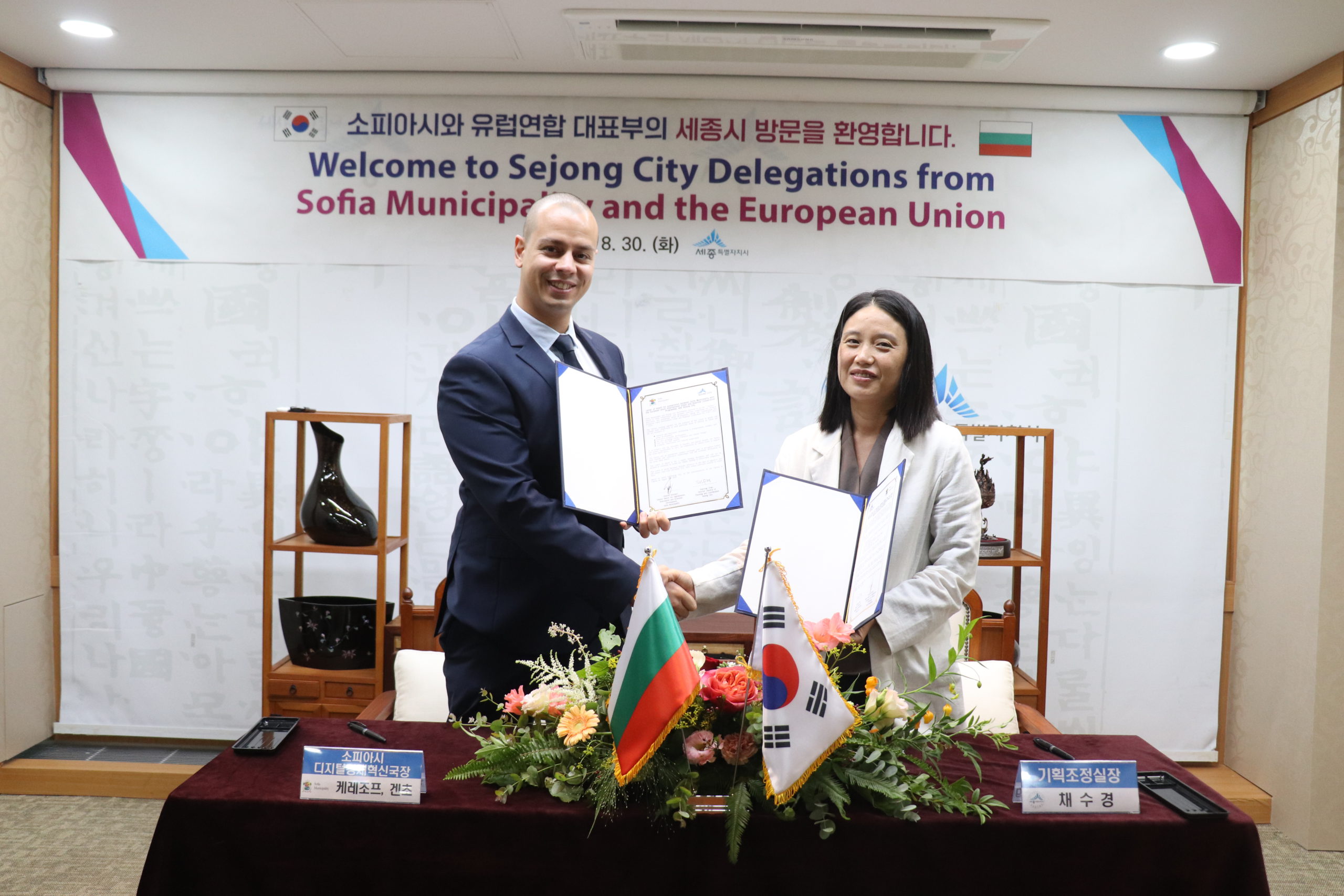 Both cities’ commitment showed through the opening of the study visit, which launched with an official greeting with the Vice Mayor for Administrative Affairs of Sejong Special Self-Governing City, and a signing of a Letter of Intent between the Director General of Planning and Mediation from Sejong, and the Deputy Mayor for Digitalisation from Sofia Municipality. Through the Letter of Intent, Sofia and Sejong declare their intent to work together through the IURC programme for lasting impacts!

After the launch meeting, the Sofia delegates had three site visits. First, they visited the Urban Integrated Information Center, which is the smart city hub for Sejong’s data. Data is one of the key driving factors behind Sejong’s development and operation. At Korea University, Sejong Campus, Sofia and Sejong discussed the possibility of linking their academic institutions through partnership and exchange programmes. Finally, at LH Sejong Public Relations Hall, they had the opportunity to hear about the vision for Sejong as a smart city, seeing how the city has been carefully planned into separate living areas and even getting to try a mock bicycle made to promote the city’s focus on cycling roads, with 401 km of roads dedicated to cycling.

On the second day of the study visit, the Sofia delegates visited another three best practice sites. First, the Sofia delegates paid a visit to Eunhasu Park, a park that includes a funeral hall and crematorium, but more importantly, has installed solar panels all over the facility to generate new and renewable energy. The solar panels in the parking lot not only provide shelter for the cars, but also energy for the facility. 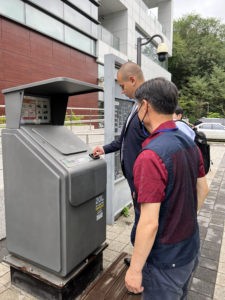 Next, they had the opportunity to visit Auto Clean Net, an innovative waste disposal system that eliminates the need for trash cans on the streets. By using a T-money or Cashbee card, citizens can dispose of their waste into these containers, where it will automatically be transported to one of twelve treatment facilities via underground pipe.

Finally, they concluded the day with a visit to Sejong Technopark, where not only did they receive a briefing on the status of autonomous vehicles in Sejong, but they also even had the chance to ride in an autonomous bus that began operation from Sejong Bus Terminal to Osong KTX Station on 5 September. 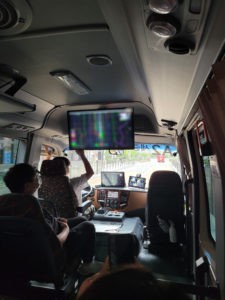 The day concluded with a robust Urban Cooperation Action Plan (UCAP) session where the two cities discussed joint actions in all four fields of interest: new and renewable energy, mobility, start-up and SME support, and waste management. One interest that really stood out among the two cities’ interests is in solar panels, specifically a potential joint business venture between Korean and Bulgarian companies. The cities are also interested in exploring collaboration on micro-mobility and MaaS, as well as on citizen engagement, especially in waste management initiatives. Support for start-ups and SMEs is also a topic that both cities consider to be very important, especially when developing innovative solutions.

The study visit wrapped up with a cultural visit to the Sejong Cultural Center of Korean Tradition, an opportunity for the delegates from Sofia to experience traditional Korean culture, which was influenced by Buddhism, and a meeting with delegates from Dublin at the EUD.

Sejong and Sofia are hoping to conduct a return study visit to Sofia in November to follow up on their discussed actions and experience Sofia’s best practices in person. We are greatly anticipating their cooperation through the IURC programme.