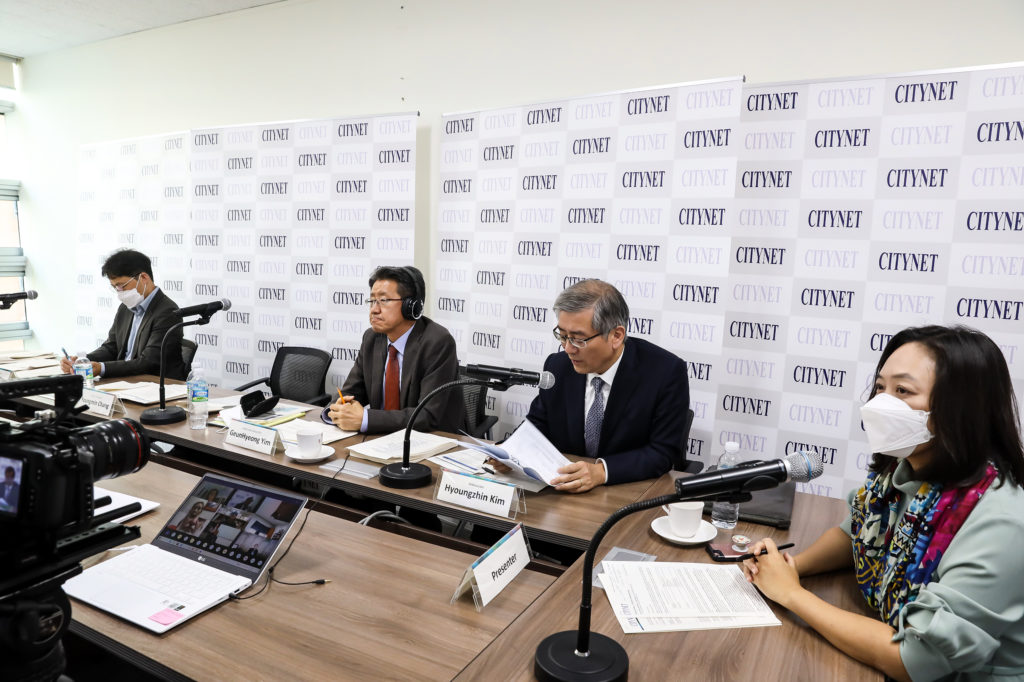 Some of the main subjects discussed during the 39th Executive Committee Meeting included the admission of new members. This year, two full members and six associate members were admitted to CityNet. The two full members are Jongno-gu, South Korea, and Matsuyama City, Japan. The six associate members joining CityNet this year are Seoul Business Agency, Seoul Tourism Organization, Seoul Housing and Communities Corporation, Seoul Medical Center, the Seoul Institute, and Healthy City Network of Mongolia. Another important topic discussed during the Executive Committee Meeting was the date of the 9th Congress. The 9th Congress is planned to be held offline in mid-November 2021; however, the situation will be reviewed once more in April 2021 before a final decision is made of whether to hold the 9th Congress in mid-November 2021, or postpone until the year 2022.

The Executive Committee Meeting was held in conjunction with the International Seminar “Dialogue with Global Leaders” which generated new insights on the prospects of what urban future awaits the region in the post-pandemic era.

The seminar was organized by the leaders from the Asia-Pacific, including two speakers, two commentators, and participants of CityNet Secretariat. Dr. Matt Benson, Program Director of Think City, Malaysia, gave a presentation on “Reflexivity in the age of pandemic for city leaders”. Mr. Ong Eng Kian, the Director of Centre for Liveable Cities, Singapore presented on “How Asian Cities adapt to the disrupted world”. Following the Q&A session led by Geunhyeong Yim, the Chief Executive Officer of CityNet Secretariat, Moo-young Cho, the Deputy Mayor of Suwon City, South Korea, and Abby Binay, the Mayor of Makati City, Philippines, made general comments on the two presentations and shared city insights. Lastly, Vijay Jagannathan, the CityNet Secretary-General, wrapped up the Dialogue with Global Leaders session.

Thanks to the outstanding dedication of HyoungZhin Kim, Ambassador of International Relations of the Seoul Metropolitan Government, city mayors, administrators, civic leaders, and international experts were able to come together to consider strategies to propel local governments toward the goal of developing sustainable, innovative, and resilient cities.