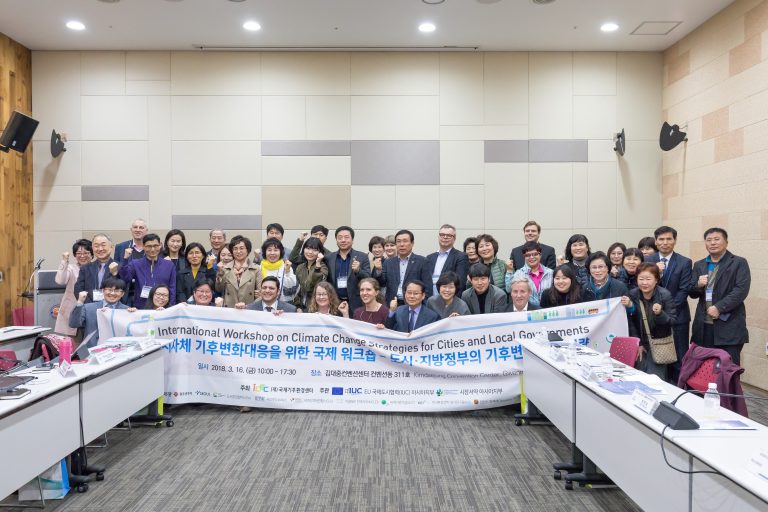 Representatives from Tampere and Gwangju continued the exchange on their continuous efforts for sustainable urban development. Both cities aim to achieve win-win outcomes on various topics such as smart and electric mobility, air quality management as well as implementing an integrated multi-stakeholder approach in climate action.

The C2C is part of the World Cities Project that fosters exchange between four cities in Europe and four cities in Korea. CityNet is the local implementing agency and facilitated the meetings between Gwangju and Tampere.

Following the meeting between the two cities, CityNet co-organised the Climate Change Workshop in Gwangju on Friday, 16 March. With a focus on “City Energy and Climate Action: How to set Targets and Develop a Plan – A training event for practitioners from local governments from Korea”  this workshop was particularly geared towards the needs of Korean cities. Tampere’s delegation who had engaged with Gwangju on the previous day also took part in the workshop and shared their experience on implementing the Finnish’s city climate action plan.

The workshop was organized by Gwangju, Global Covenant of Mayors and funded through the EU project “International Urban Cooperation (IUC). A wide range of actors, including the United Cities and Local Governments (UCLG), Green Climate Fund (GCF), Korea Environment Institute (KEI) were present to emphasize the importance of voluntary reporting of climate action and political will of municipal governments.

CityNet also participated in an interactive session with experts from NGOs, civil society and academia. This training provided an opportunity to discuss topics such as tools to measure greenhouse gas emissions (GHG inventories), sustainable consumption and strategies for climate change response.

Busan and Rotterdam gear up for upcoming visits

Call for Nominations for the SDG Awards

Action towards green mobility with Braga and Taoyuan

🤔 Curious to know how #SmartCities can contribute to #Global #sustainability? 🌐♻️ Join the World Bank's #virtual #knowledgeexchange on Smart Cities for Global Frontier Infrastructure from 18 APRIL to 15 MAY! 🏙️